Being able to connect with people who’ve been through the same thing was important. And I’m glad to share my story in case it helps someone else who’s dealing with this.

Jeremy Bourgeois is what some might call a proud Vermonter.

A 21-year-old man who grew up in Bennington and is earning his degree at UVM, he loves the Vermont outdoors in all its forms – from hiking and fishing in summer to snowboarding in winter. He has a solid stable of friends, is focused on school, but absolutely takes time to enjoy the life of a college student.

A mechanical engineering major, he also spends his summers working in Vermont. Last summer, he stayed in the Burlington area working for the state maintaining the lawns and gardens at various government buildings. But on one night, with a seemingly uneventful decision to go to the movies with his friends, his life changed.

Sitting in the theater, as The Incredibles 2 played, Jeremy scratched his neck and felt a small bump that had not been there before. For the remainder of the movie, his mind was more focused on that lump than on anything that was happening on screen.

His mother is a nurse, so the first chance he got after the movie, he called her to ask what she thought. Her response: get it checked out. Immediately.

Doctors ran blood tests, which determined nothing of note. Then they did a biopsy and removed a lymph node.

He took a little time to process it all after the call ended, then he called his parents to give them the news. His mother was devastated. Jeremy finished up his work and drove home to Bennington to be with his family.

As a treatment plan was formulated, Jeremy was adamant that he wanted to stay in school, so it was arranged for the treatment plan to take place at the University of Vermont Medical Center. He would begin a regimen of chemotherapy only, no radiation. After a time, the first chemotherapy drug started causing some lung issues, so doctors moved Jeremy to a different drug.

“The side effects weren’t all that bad,” he says. “Some nausea and fatigue, and eventually my hair started coming out, so I just buzzed it.”

He took a lightened course load at school, and his parents made the nearly three-hour drive to most treatments. His friends would also come with him and play cards or games during his treatment.

During all this, Jeremy’s approach was to try and do all he could to keep up with his schoolwork and maintain an active social life. “On treatment weekends, I had to kind of lay low, but on other weekends I’d go hiking and snowboarding,” he says. One thing is certain, he was going to try to keep things as normal as he could as he dealt with this. Even to the point where if it snowed on a treatment weekend, he’d go snowboarding anyway. “Yeah,” he admits, “the doctors said to take it easy and not do anything crazy like board through the trees, but then, I really like boarding in the trees, so……”

But choosing to stay in Burlington at school also meant there were still monthly bills to pay. Even though he was able to keep his campus job, it became a challenge to make ends meet. His social worker mentioned the Joe Andruzzi Foundation as a possible way to get some financial assistance, and Jeremy, a huge Patriots fan, jumped at the opportunity.

Jeremy was given a financial assistance grant from the Joe Andruzzi Foundation, ultimately helping with rent, utilities, and food. But, as Jeremy will tell you, it was more than just the financial help that mattered.

“Being able to connect with people who’ve been through the same thing was important,” he says. “And I’m glad to share my story in case it can help someone else who’s dealing with this.”

As of today, Jeremy is through all his treatments and his latest scan is clean. He will have routine scans for the next five years to ensure the cancer isn’t coming back.

This past summer (2019), he worked a job repairing wind turbines before returning to UVM in the fall. “The first climb up was a little daunting, those things sway a little, but I’m used to it and I really like it now.”

In some ways, it’s a metaphor for Jeremy’s attitude throughout his cancer battle: poise and resiliency well beyond his years. 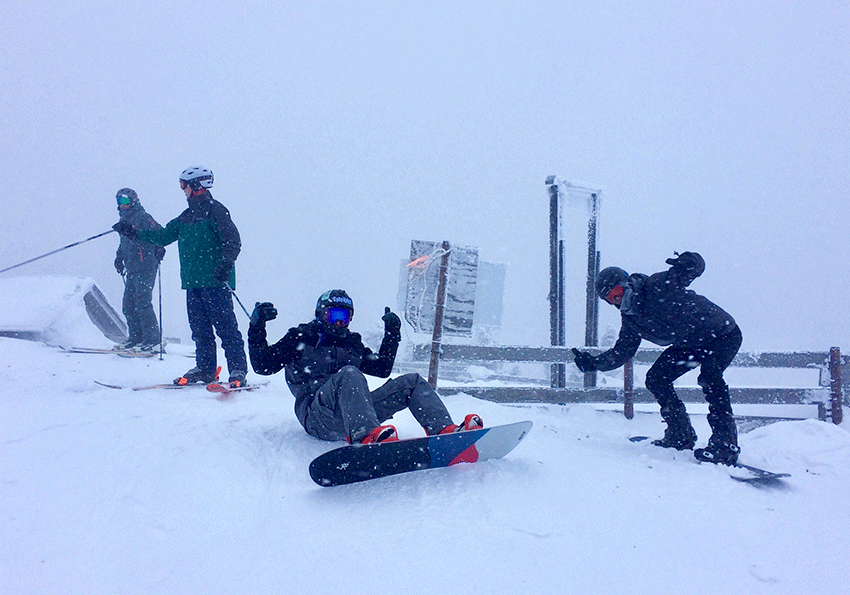 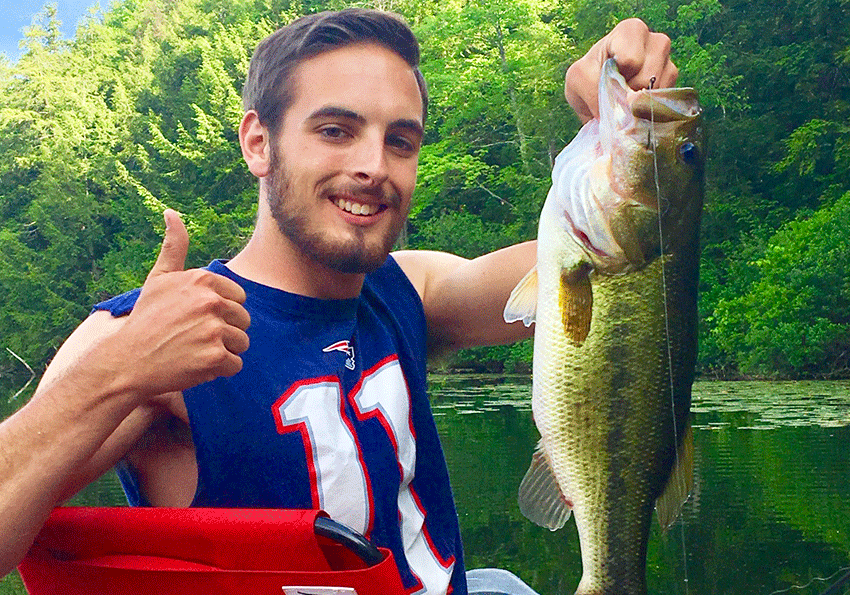 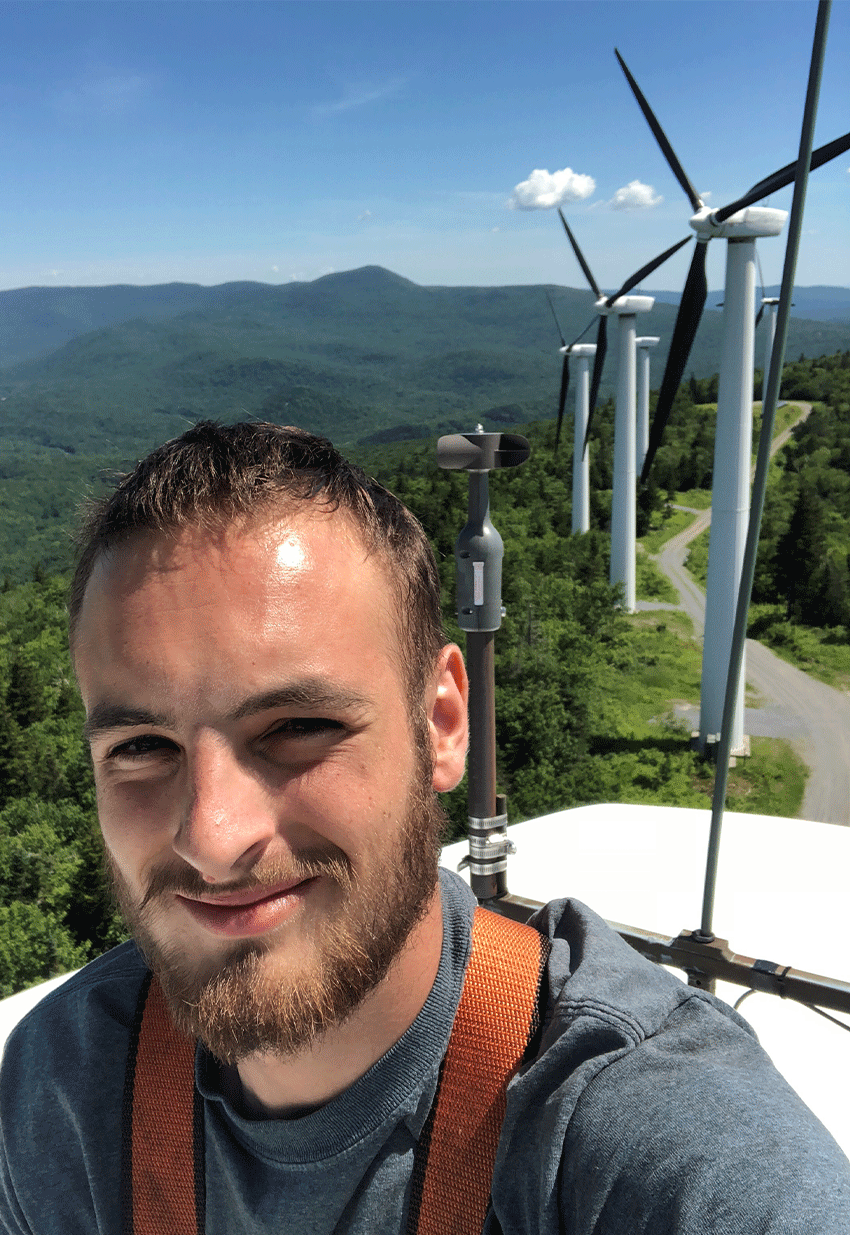