“I took a significant financial hit and I just kept getting more and more in debt. It felt like no one cared. I tried to see if I could defer my mortgage, but it wasn’t an option. They said I am sorry but no, you still have to pay everything as scheduled.”

Katie Centola personifies strength and independence in all aspects of her life, and a breast cancer diagnosis certainly was not going to make her waver in any way.

In September of 2018, Katie had just bought her first house on her own.  She was adjusting to her new life after going through a divorce, and she was excited to have a place to call home with her two children.  For three years leading up to the purchase Katie worked three jobs, including her role as a Nurse Practitioner at Boston Medical Center.  She was doing everything she could to provide for her kids, Thomas (13) and Mia (11). As Katie said, “I was working and my life was really getting to a good point.  I was happy and content with things, and my kids were doing well.”

Despite all of Katie’s hard work, nothing could have prepared her for a breast cancer diagnosis in January of 2019.  Katie was going for routine testing, and her doctor advised her to get a mammogram since she was already at the facility.  Her results came back inconclusive and they wanted to do more follow-up testing, but Katie was assured by her coworkers at Boston Medical Center that it was normal, and not to be worried.  Katie was young and had no family history, so with no known risk factors, she trusted in her peers’ advice.

During her second mammogram, Katie knew by the look on the radiologist’s face that something was wrong.

“I asked if there was something concerning? She said yes, there is a pretty large mass.  We want you to have biopsies done right away.  Not in a million years was I expecting anything like that.”

Katie quickly had biopsies done, and soon after she got the call that she may have been expecting, but certainly was not prepared for – Katie had breast cancer.  She called her sister right away and together they made a plan and quickly got to work tackling her cancer.  Katie started receiving treatment at Dana Farber, which consisted of surgery, chemotherapy and finally, radiation.

Katie’s fighting spirit would be tested throughout treatment, but her confidence and independence clearly shone through.  As Katie currently had a mass on her left side, she was initially advised to have a partial mastectomy.  Katie knew that was not what she wanted, she knew her body and trusted her instincts that a bilateral mastectomy was the right route for her.  Despite initial hesitation from her medical team, Katie stuck to her guns and was steadfast in her decision.  She advocated for herself and it was clear that there would be no changing her mind.  It is a choice Katie is glad she made, as she says she has never looked back and knows it was the right decision for her.

The chemotherapy and radiation after surgery presented some hard days, but Katie was lucky to have a strong and extensive support system around her.  Not only were Thomas and Mia helpful and supportive, but Katie’s sister and two brothers also rallied around her and helped in any way they could.  Katie had always been close to her family, and they all went above and beyond during her cancer journey.  Katie also credits her coworkers for being a great source of comfort, they provided her with both advice and emotional support at every turn.

There was also a new furry friend that became a lifeline for Katie on the hard days of treatment.  Katie adopted a puppy while undergoing chemotherapy, and although Daisy might have been the smallest member of her support system, her impact was huge!

“The timing probably wasn’t ideal, but she came towards the end of my chemo.  I had another dog already but having the puppy got me out of my rut and got me out of bed and motivated.  She was just a goofball and so cute – it was one of the best things to help me during my journey.”

The financial ramifications of treatment were felt by Katie quickly.  Treatment left her fatigued and sick, so she had to take an eight-month leave of absence from work.

“People advise to have six months of expenses in your savings and that would be great, but a lot of people do live paycheck to paycheck.  I support myself and my children and when this came, I had already put most of my savings into my house six months earlier.”

Katie was receiving short-term disability, however that only covered 60% of her normal paycheck.  Katie advocated for herself and tried to work with her billing companies, but she found a lot of dead ends in the process and could not find any relief.

“I took a significant financial hit and I just kept getting more and more in debt.  It felt like no one cared.  I tried to see if I could defer my mortgage, but it wasn’t an option.  They said I am sorry but no, you still have to pay everything as scheduled.”

During radiation, Katie’s last leg of treatment, her social worker said she would look into some financial resources that could help Katie and her family.  Katie had heard of the Joe Andruzzi Foundation previously as she lived near the JAF office and had met Joe Andruzzi at a few events around town.  She was relieved when her social worker told her the application to JAF was approved and that the Joe Andruzzi Foundation was able to provide payments towards Katie’s water, heat, and tax bills.

“I would consider a JAF grant a lifesaving contribution.  Financial stress on top of the emotional and physical stress that you are going through – it is overwhelming and compounding.  The feeling of pressure is so frustrating when you are in the middle of fighting for your life.  Trying to make sure there is food on the table and your mortgage is paid, it can really just compound the situation.  Any assistance you get is such a breath of fresh air that you need… It is a little bit of life support.”

Katie completed radiation treatment in December of 2019.  Although the financial aspect of undergoing cancer treatment is still lingering, Katie is happy to be healthy and back at work in a normal schedule.  Katie is enjoying spending time with her kids and enjoying her new home that she worked so hard to first buy, and then keep.  And Daisy is certainly still keeping her busy! 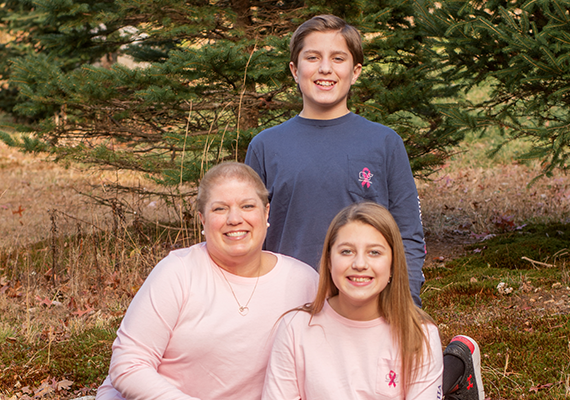 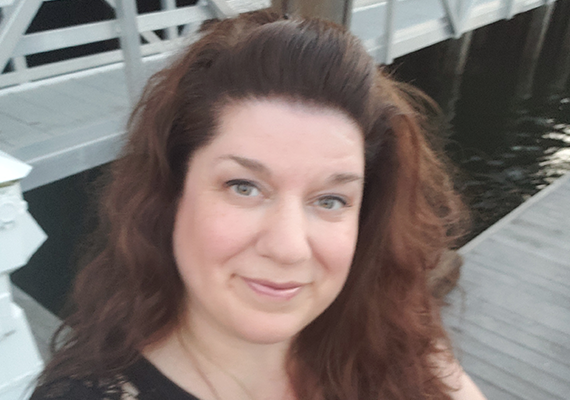 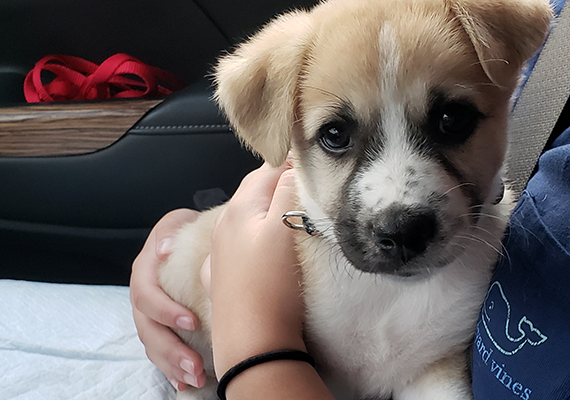