"I’ve always been a pretty independent person. It’s never been easy for me to ask for help. But now I’d recommend to anyone, if you need help. Ask. There’s a lot of it out there.”

Her 19-year-old daughter cried. Her twin 17-year old boys were surprised, but didn’t quite process it, because after all, she didn’t really look sick. But when Heather Jones had to tell her four-year old she had cancer and what that meant, it worried her.

She chose to explain it by saying that she had very bad cells in her body, and the medicine she had to take would make her hair fall out and she’d be bald. The first thing Gemma Sen, her 4-year-old daughter, said after hearing that was, “But how are people going to know you’re my Mom?”.

It was a moment to smile at an otherwise scary time.

At the time of her breast cancer diagnosis, Heather was a single Mom to four very active kids. She had a full-time job as an administrative assistant and spent her free time driving from one sporting event to another, along with juggling all the other responsibilities of running a household of five by herself. She was a very busy woman, and happily so.

But all that changed in an instant, as a tumor in her breast was about to turn her world upside down.

Her first thought after hearing the word “cancer” was that she wasn’t going to make it. Her mind spun with fear. She’d never see her kids grow up. Never see them graduate or get married.

As it turned out, there wasn’t much time to dwell on it. There were multiple tests and doctor visits, then surgery to remove the tumor that her doctors referred to as “ugly and aggressive”. She then steeled herself for the equally aggressive chemotherapy and radiation treatment her doctors recommended.

Surprisingly, she found that the incredible support she got from her nurses started to put her mind at ease, and the fear that had initially consumed her began to wane. She started focusing on what she needed to do to get healthy again. Still, she had no extended family in the area to lean on, so she did the only thing she could; she leaned on her kids.

Their response was inspiring. All four of them, even the youngest, took on the cooking, cleaning and grocery shopping; doing whatever needed to be done when Heather was wiped out by her treatment, which was harsh. But they were all in this together now. It was now a Mom and four kids getting cancer treatment. They were a team, doing whatever it took to make it work.

Even so, money got tight quickly.

Though her employer was very supportive, Heather had to go on disability, which reduced her paycheck by almost half during the weeks she could not work. There was less money coming in, but the bills didn’t stop. As if the stress of cancer treatment wasn’t enough, it was winter, and there was now the added stress of not being able to pay for heat and electricity, among other bills that were stacking up. She shared her stress with her social worker at the cancer center where she received treatment.

Together, they went over her bills and that’s where Heather first learned about the Joe Andruzzi Foundation and how they might help. She worked with her social worker, who quickly and easily filled out the online application, and not long after, the Foundation sent her a grant so she could pay that month’s heat and electric bills. This allowed Heather to put her energy back into focusing on her health.

Today, Heather is through her treatment and doing well. She’s back to work, and back to driving kids around to various sporting events. She will have regular checkups, and says there’s always a little worry in the back of her mind. But she is feeling strong and positive. She would also tell you that while going through all this wasn’t easy, it changed the way she looks at things. A very nice person to begin with, she says she’s even a little nicer these days, realizing that other people out there might be having their own stressful issues to deal with.

Heather’s cancer journey also proved something else to her she never considered before – that there’s a lot of support out there. She discovered friends she didn’t know she had, and support in places she never would’ve looked. The Joe Andruzzi Foundation being one of them.

“I’ve always been a pretty independent person.”, she says, “It’s never been easy for me to ask for help. But now I’d recommend to anyone, if you need help. Ask. There’s a lot of it out there.” 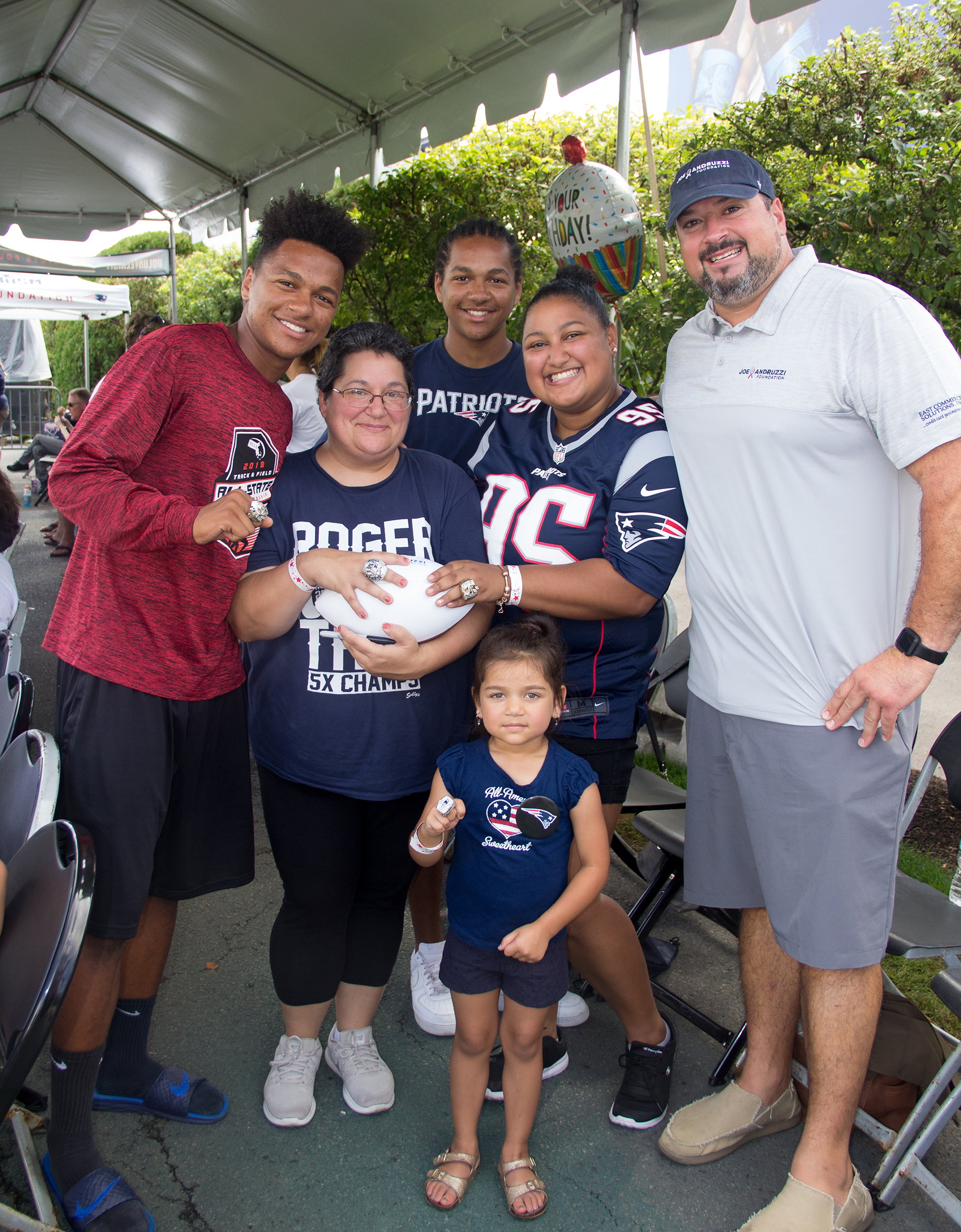 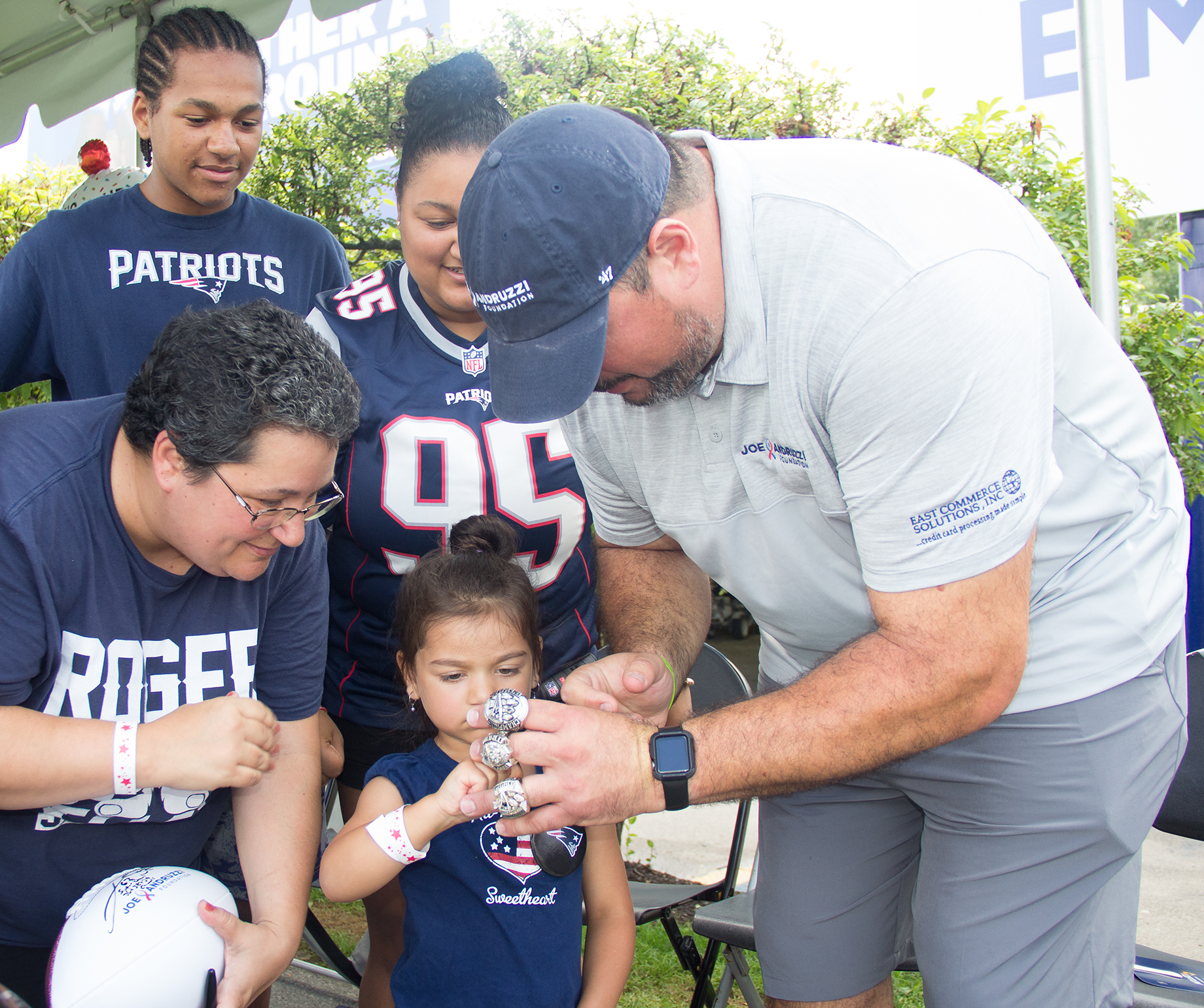