It took the stress off for that month so we could pay other bills. It wasn’t an easy time and I’m very thankful to the folks at [JAF] for helping us out.

Kevin Finn is not what you’d call your typical 60-year-old. As a paramedic, he was routinely working 60-72 hour weeks in a job that had him constantly running up and down stairs, often carrying people as he did. He was also an avid weight-lifter, something he loved but also needed to do in order to meet the demands of such a physical job.

So, when his arm started hurting one day, he did what anyone in a job like this might do – he took some ibuprofen and didn’t give it another thought. As the pain lingered, he figured he probably overdid it at the gym, so he iced it, took more ibuprofen and carried on.

But the arm was stubborn. The pain would not subside. It went on for weeks and it kept getting worse. First, it hurt so much he had to stop going to the gym. He started finding ways to compensate for his bad arm by doing more with his good arm. But when it got to the point where he struggled to pick up a cup of coffee, Kevin decided it was time to see what the doctor had to say about it.

A torn muscle this bad could possibly need surgery. But the doctor thought the best course of action was to put him on prednisone and sent him on his way. That helped for a bit. But as soon as he stopped taking the prednisone, the pain came back strong. Something more was definitely going on, but the thought that it might be cancer never entered his mind.

Kevin went back to the doctor, which started a journey of about two months of testing and multiple trips to even more doctors. Eventually, Kevin was told that the muscles in his arm were completely shredded and pulling away from the bone.  The doctors asked for yet more tests, and that’s when the diagnosis came back. Stage 4 non-Hodgkin’s Lymphoma.

Now, Kevin will tell you that when he was told of the news, which included the fact that Stage 4 non-Hodgkin’s Lymphoma was curable, his first reaction wasn’t fear or panic. A practical man, he just told his doctor to get started and do what needed to be done. He was ready for the challenge. But what he wasn’t quite ready for was the financial reality that would hit.

With his arm as weak as it was, and with the chemotherapy treatments weakening him further, his doctors told him he could not handle the physical aspect of his job.

Kevin couldn’t work. He was fortunate that some of the firefighters he worked with found ways to help him out, which Kevin was more than grateful for, but it wasn’t enough to cover his expenses. His wife Cheryl had a part-time job, and for six months until his disability would kick in, that was their only income.

Even dipping into savings wasn’t enough. That’s when Kevin’s social worker at Dana Farber mentioned the Joe Andruzzi Foundation. She helped Kevin and his wife fill out the paperwork and not long after, the Andruzzi Foundation paid the mortgage payment. “That helped a lot”, Kevin says, “It took the stress off for that month so we could pay other bills. It wasn’t an easy time and I’m very thankful to the folks at the Andruzzi Foundation for helping us out.”

But this part of Kevin’s story is where the good news kicks in. After his chemotherapy and then weeks of radiation treatment, Kevin was finally declared in full remission, which is true to this day. He’s back at work and back at the gym. While he’s not doing the 80 hours a week anymore and not yet able to lift the same weight in the gym, he’s getting there. “I’m feeling pretty good. I get tired a bit faster, but it’s improving every day and every time I go to the gym, I can do a little more. Very happy to be back at work.”

“For now, it’s all good. I’m just happy to have things be back to normal.” 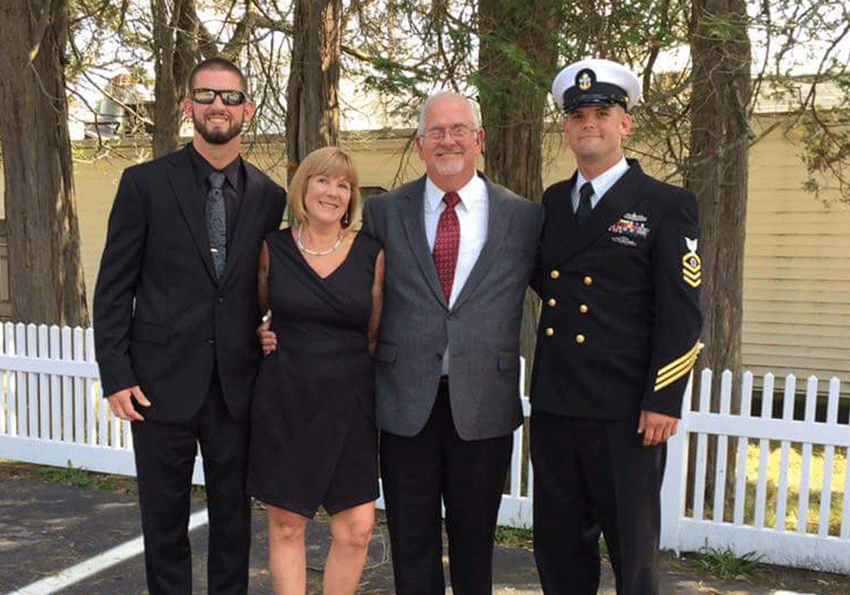