"I was blessed that I was able to take time off so I was able to rest and heal during my treatment, but I needed a lot of donations and financial support because it was the first time I couldn't support myself financially in any way, outside of childhood."

Jasmine was a hardworking student who always had one goal in mind: medical school.  Being accepted into the University of Connecticut Medical School was a moment when all her hard work paid off, the plan for her life was on track.  It only got better when she learned she was accepted into the prestigious Health Career Opportunities Program, which would make the transition and coursework for her first year of medical school a little easier.  Everything was going according to plan, or so she thought… When she least expected it, she received a phone call from her doctor that changed her life — she was diagnosed with breast cancer.

In January of 2018 Jasmine had an ultrasound when she felt an abnormal lump in her right breast.  At the time it was determined to be nothing to worry about, and Jasmine was told to come back in six months for a routine follow-up. This time, her scans were concerning.

“At the follow-up in July the radiologist was persistent that I do a biopsy, and after that they were able to conclude it was cancerous,” she says.

As someone who was preparing for medical school, Jasmine was more informed about her treatment options and the side effects that could come along them than the average patient, but the emotional side effects were something she was learning about for the first time.

“When I first started going through this it was scary for me, to have to agree to take chemo that I know can have side effects and to have to agree to take all these medications.  It’s a big decision you are making with your life, so I was unaware of how psychologically and emotionally damaging it can be for a patient to make these decisions. As a doctor you make recommendations from your professional standpoint and experiences you have, but it’s very different when you yourself are in those circumstances.  Even with the knowledge I had going in I still found myself quite nervous and anxious with having to make those decisions with my life.”

Jasmine made the choice to trust her oncology team’s recommendations and began treatment shortly after her diagnosis.  Her treatment started with chemotherapy, followed by surgery and radiation, and is still continuing with hormone therapy.

Jasmine credits her family and friends for helping her though this difficult time.  Her mother, sister, brother, sister-in-law, and friends would often accompany her to treatments and provided both emotional and financial support.  She says they helped keep things “normal and routine”, which is hard to do during cancer treatment.

Despite having a strong support system, the financial concerns that accompany treatment were still in the back of Jasmine’s mind.  Despite having extensive knowledge of the medical world, Jasmine did not really consider the financial strain that often comes with treatment for cancer and other chronic diseases prior to her diagnosis.  She was in a unique financial situation since she had left her job at Brown University in anticipation of starting medical school, mere weeks before getting diagnosed.

“I was planning on living off of loans which is what most medical students do.  But since I didn’t enroll, I couldn’t take out any loans, and I couldn’t start a new job when I was starting cancer treatment, so I had no income or finances coming in.”

Jasmine expressed how helpful a grant from the Joe Andruzzi Foundation was at that time, and how even the small expenses that are often overlooked during treatment add up.  She also struggled with not being financially independent.

“Even small accommodations- from chemotherapy I had to change my diet and get different clothing.  The donations go to things that people don’t always think about or keep in mind.  I met people during chemotherapy and radiation that were still working- I was blessed that I was able to take time off so I was able to rest and heal during my treatment, but I needed a lot of donations and financial support because it was the first time I couldn’t support myself financially in any way, outside of childhood.”

Jasmine thanks her social worker from Women & Infants Hospital in Rhode Island, Dana Haseotes, for giving her the information about JAF and many support groups that helped during her cancer journey.

“Meeting other survivors through support groups and programs, things like that have kind of helped put life into perspective.  They made me more grateful and made me feel like I wasn’t alone.”

Jasmine completed treatment on April 25, 2019.  Since then her original plan is back on track, and she is an active medical student. Now, she can relate to her patients in a way that she never anticipated prior to cancer.

“I am excited to start seeing patients.  This year I considered myself my first patient, because I collected all my medical notes and read over everything.  I researched the medications and procedures that were being suggested to me.  It really gives you a different perspective on what the healthcare field is like- it’s one thing to have an idea of what someone feels like when they are going through it and it’s another to actually know what it feels like because you went through it yourself.”

Jasmine will be starting medical school with a fresh perspective as well.  She says before her diagnosis she was often stressed and was always adding things to her plate, no matter how full it already was.  Since undergoing treatment Jasmine feels much less stressed, and says the experience put many things in her life into clear perspective.

Although cancer treatment deferred her medical school plans for a year, it may have changed her trajectory in an even bigger way.

“Before I was interested in surgery, and global health.  Also, primary care.  I’m still interested in all of those but now oncology as well.  Oncology was something I wasn’t even considering but now I’m really considering it.”

No matter what path Jasmine takes in the medical world, it is clear she will be successful and relate to patients on a deeply personal level.  They say your first patient is your hardest, and Jasmine overcame that hurdle before she even started medical school. 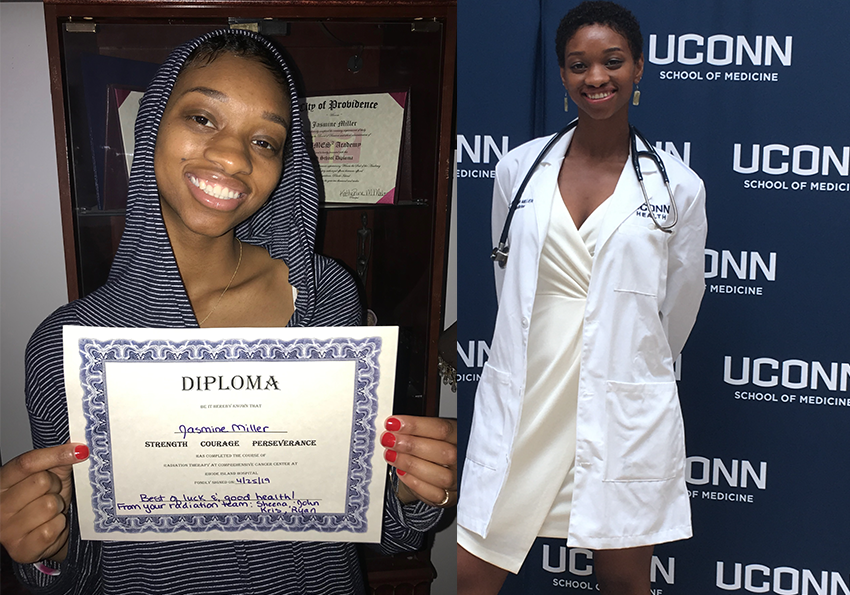 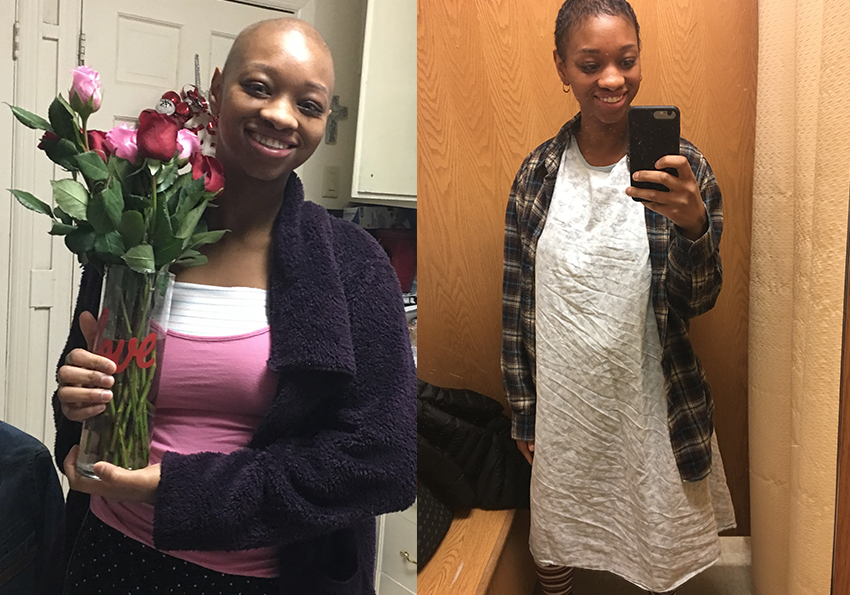