When you meet Carly Silva, one of the first things you notice is her infectious smile. Like many 13-year old’s, she has a variety of interests – everything from hanging with friends making Tik Tok videos, to singing on stage in theater productions, to playing soccer, flag football and hockey. In fact, Carly is a huge hockey fan and when she’s playing on the ice, she epitomizes the saying that “It’s not how big you are, it’s how big you play.”

It was last December following a Saturday morning hockey game when Carly’s mother Lisa noticed something wasn’t quite right. Carly’s skating seemed labored and she said she felt tired. After a visit to the pediatrician, Carly was initially diagnosed with mononucleosis, which explained her exhaustion; however, days after that diagnosis, her face had started to swell, which required her to be put on a steroid regimen to help her feel better.

The steroids worked for several days, but once the cycle was completed, Carly’s face began to swell again. Another trip to the doctor’s office involved a different pediatrician who felt something was off and arranged for Carly to go to Children’s Hospital for further x-rays and tests that afternoon. Lisa still didn’t think anything was seriously wrong and even thought that dinner plans with friends that evening might just be delayed slightly.

Instead of hours, however, those dinner plans were delayed by 52 days, as Carly was hospitalized and entered into treatment after being diagnosed with acute lymphoblastic lymphoma.

Carly had a tumor on her heart that was twice the size of that vital organ and it was crushing her lungs and cutting off the blood supply to the rest of her body – which explained her exhaustion and her face swelling as the blood could not flow properly. Surgery was not an option for this type of tumor, so Carly began intensive chemotherapy to shrink it.

Christmas that year was definitely not traditional for Carly, her mom and her sisters – but there was a bright spot that showed the true spirit of the season. Carly’s teammates missed having her on the ice, so a Facebook message was sent to help her hockey friends understand what was happening. What was meant to be a closed message, however, actually went out across all of Facebook – and the tight-knit hockey community responded in a full show of support. Hockey players and teams, from local towns to the NHL, sent Carly over 75,000 cards and small gifts to offer her encouragement.

After her initial hospitalization, Carly entered the second phase of her treatment which involves weekly chemo treatments, sometimes lasting hours each visit. Lisa understands that she is fortunate that her job allows her to work remotely, which has helped her maintain her income while caring for Carly. However, the overwhelming and unplanned expenses of cancer treatment have still brought financial stress to her family.

As Lisa says, “Cancer treatment is like an open-ended bill. At the time of Carly’s diagnosis, I was overwhelmed with confirming we had the right insurance coverage and understanding just what was covered. And while insurance certainly helps, the cost of treatment is daunting. Just one of Carly’s chemo treatments costs $95,000 – and that’s required every other week. Not to mention the out-of-pocket expenses of gas, parking, and food for each treatment appointment which averages $50 a visit and isn’t covered by insurance.”

Support for the family came from many corners and a business associate of Lisa’s put her in touch with the Joe Andruzzi Foundation. To be exact, it was Joe who called Lisa directly to set up time to visit with Carly. That visit lead to Carly, her friend and her mom attending JAF’s (Up)Beat event at the Patriots Dream Camp in August, where even more laughter was had when Carly collected one autograph she didn’t expect!

While bringing some moments of happiness to the family, JAF was also working to provide assistance for the Silva’s to help with the financial stress of treatment. After receiving funding this fall from One Mission, JAF proudly launched the JAF One Mission Pediatric Assistance Program, which was created to provide financial assistance for pediatric cancer families to help with non-medical expenses and also provide a special gift for each child while in treatment. Carly became the first patient recipient of this new program when a grant was provided to the Silva family to help with their mortgage.

Reflecting on everything the last year has brought, Lisa shared, “I’ve learned in talking with the other families facing cancer, that this is not a place where any of us wants to be, but we have learned to accept it. Along the way though, we have met some great people – including Joe and the team at the Foundation – who have provided bright spots of hope which is helping us navigate this new ‘normal’”.

Carly still has over a year to go in her treatment protocol, but she’s staying positive by focusing on getting back on the ice with her team, taking shots and scoring goals. 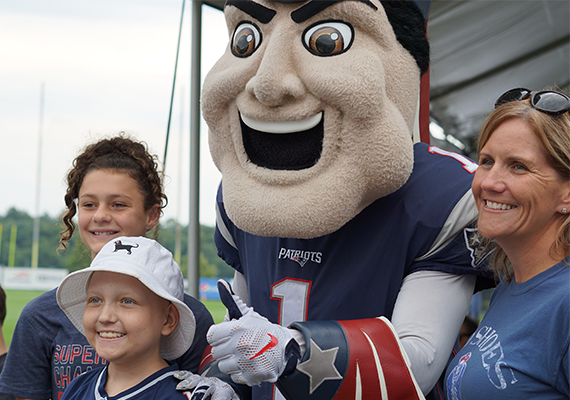 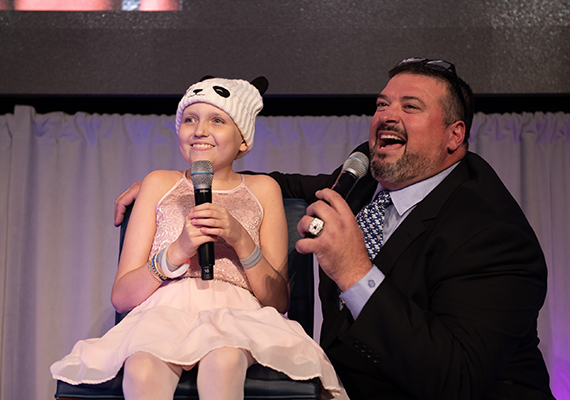 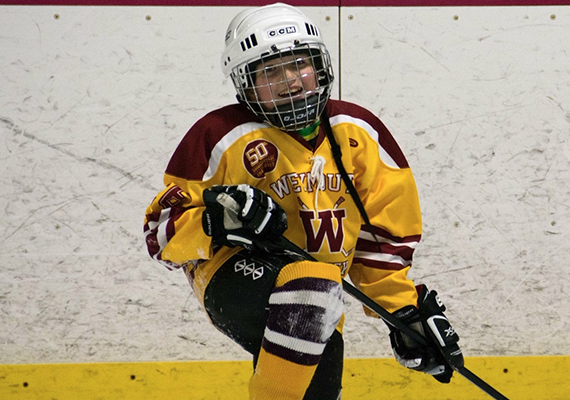 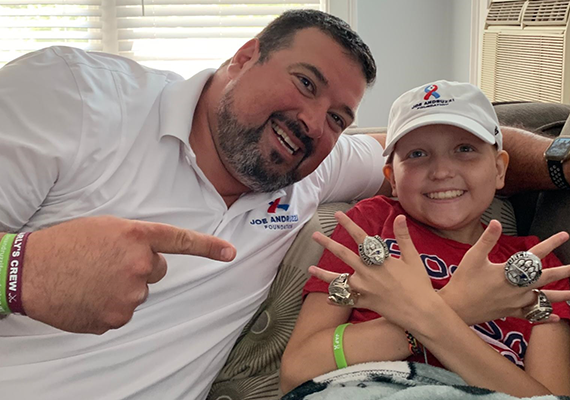