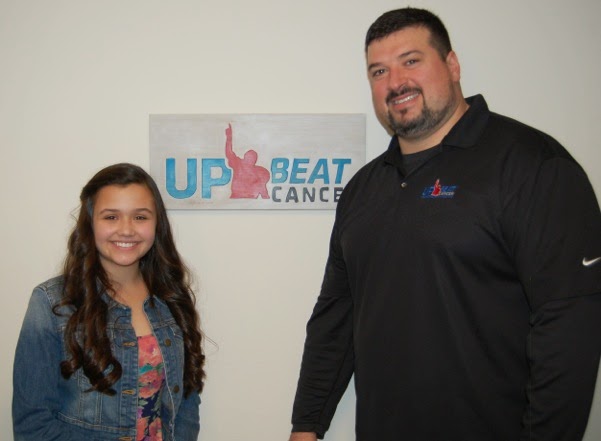 The cornerstone of the Joe Andruzzi Foundation’s mission is our (Up)Beat philosophy. No matter what obstacles patients and families are going through, we try to ensure that they can face even the most difficult battles with a smile. Of course, that’s no easy task, but with the help of our ever-growing team of JAF ambassadors, we’re always looking for ways to spread the (Up)Beat message.
One incredibly supportive and inspirational young woman – Jillian Hobaica, who embodies the spirit of positivity and “paying it forward” – discovered our rally cry and ran with it.
Jillian‘s not your typical 15 year-old. While most girls her age are still discovering who they are, Jillian has known who she is and what she wants to do for years: a singer-songwriter and guitar player who goes by “Jillian Dawn” on stage. She has been writing her own music and lyrics for three years and singing since she learned to talk. We were so excited when she officially released her very first single “Take it Slow,” on iTunes last month, but Jillian’s accomplishments don’t end there.
Jillian surprised and delighted us – and her entire family – when she decided to donate all the proceeds from her iTunes sales to the Joe Andruzzi Foundation. That’s right, each time her song is purchased on iTunes from now until October, we’re a step closer to assisting patient families battling cancer.
Not only is she working to spread our positive philosophy, but she also completely embodies it in her own life.
Jillian has always looked up to artists like Taylor Swift and Adele, who write their own songs and use their music to express their inner thoughts and emotions. In her own song, she did just that, drawing inspiration from her idols. 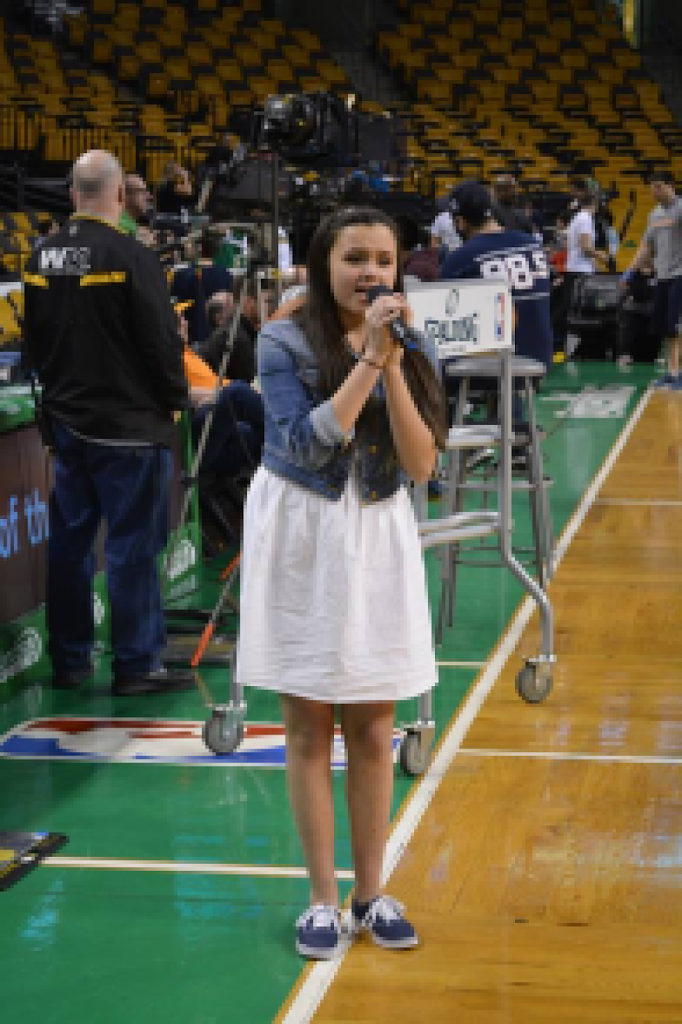 Her motivation for her donation, however, hits much closer to home. Jillian has unfortunately been touched by cancer in her own life, and recognized her song release as an opportunity to give back to the cancer community. Jillian’s grandmother is a cancer survivor, and her aunt—an early member of our TeamJAF Boston Marathon runners—was diagnosed with breast cancer in November, causing her to halt training. In true JAF fashion, the entire family is very upbeat about her prognosis.
When Jillian’s father, David—who has been a JAF supporter for years—suggested that Jillian could  “pay it forward” by donating a portion of her song’s profits to JAF, Jillian disagreed. It had to be 100 percent of her profits, in honor of her grandmother and aunt.
“I am very blessed to have my grandmother and my aunt in my life,” Jillian told us recently. “Their courage and strength inspire me in my everyday life as well as in my music. I am excited to give back and help support other families who are going through similar struggles as my family members.”
And, as seems to always be the case, paying it forward paid off. In April, Jillian got the chance of a lifetime when she was asked to sing the National Anthem in front of the TD Garden crowd at the April 11th Boston Celtics game. She was honored to perform such an important song in a place with so much history, and we couldn’t have been more proud of her.
We’re so thrilled to welcome Jillian into our JAF family, and are floored by her generosity. She is currently working on a second song and teaching herself to play the piano, and we can’t wait to see—and hear!—what she will come out with next.
But while we wait, we hope you’ll consider purchasing “Take it Slow” on iTunes to help JAF patient families. It’s the gift that truly keeps on giving.
Secured By miniOrange