You have to keep your sense of humor. You can’t walk around being depressed all the time.

No one is ready for cancer, but Brenda Sumner was particularly surprised.

The Lancaster mom had traveled to see a friend in Idaho, and contracted the Norovirus. Back home, she became dehydrated and had to go to the hospital; she thought she was just sick. Normal stuff.

But on her second trip to the hospital, doctors ran a CT scan and sent her for a colonoscopy. They hoped it was colitis, but it wasn’t.

And just like that, they were talking about how long she had to live. “We were told at the beginning it could be weeks or months,” she said.

That was more than two years ago. She was 44 years old, with 9-year-old twin girls.

“It was pretty scary,” Brenda said, of receiving her diagnosis in June of 2015. “But it was mostly shocking, because I wasn’t sick.”

Her family sprang into action. Her father-in-law actually passed away from cancer the same week as her diagnosis. “It was a very rough week,” Brenda said; he had been ill for many years.

They had a lot of contacts at Beth Israel, where he had received his treatment. Very quickly, Brenda began chemotherapy, which continues to this day. She wasn’t able to have surgery because of the position of her tumors, some of which had spread to her liver and abdomen.

But these days, she’s stable. She still has her primary colon cancer, but the tumors in her liver appear calcified. And the six smaller tumors in her abdomen have not grown in the past year.

The stability has allowed her to enjoy more time with her girls – Remy and Sydney – and husband Glenn. They focus on joy and making memories, she said.

“You have to keep your sense of humor. You can’t walk around being depressed all the time.”

Brenda grew up in New Orleans, and last year, the family went to Mardis Gras, thanks to the Dream Foundation. The girls met their grandfather, uncles, cousins and other family for the first time. They rode a swamp boat, watched parades and ate Beignets at Café Dumond. And came home with bags full of beads.

“It was a blast,” Brenda said. But saying goodbye to her family was an emotional experience, full of laughter and tears. “We learned that everyone has a different way to deal with knowing the end is near,” she said. “But most of all it taught our kids that they are loved by many others.”

The family also takes trips to the Cape, staying in a friend’s home. Last year, they attended the Joe Andruzzi Foundation Gala, meeting Joe and Jen Andruzzi and Patriots players. In the summer, they went to Codzilla.

They are grateful to JAF for help with the mortgage last year, Brenda said. Finances have grown even tougher since Glenn was laid off from his IT job this year; his unemployment benefits ended recently and he’s still looking for a job.

Brenda believes laughter has helped her live longer. She also sets goals, like teaching her daughters important things they need to know. And she taught herself to crochet from YouTube videos.

She’s making ten blankets, for her future grandchildren, who she doesn’t expect to see. (Though one daughter claims she’s only having cats, so some will be cat blankets, she joked.)

She’s also making lists for her husband, to remind him the girls will need things like shampoo and deodorant. “And if they want to go buy lipstick, let them!” she said.

Brenda said she’s always tried to live a purpose-driven life, though she’s still working out the meaning of everything.

“But everything happens for a reason,” she said. “I’m really happy if I can bring a little bit of hope or joy to people.” 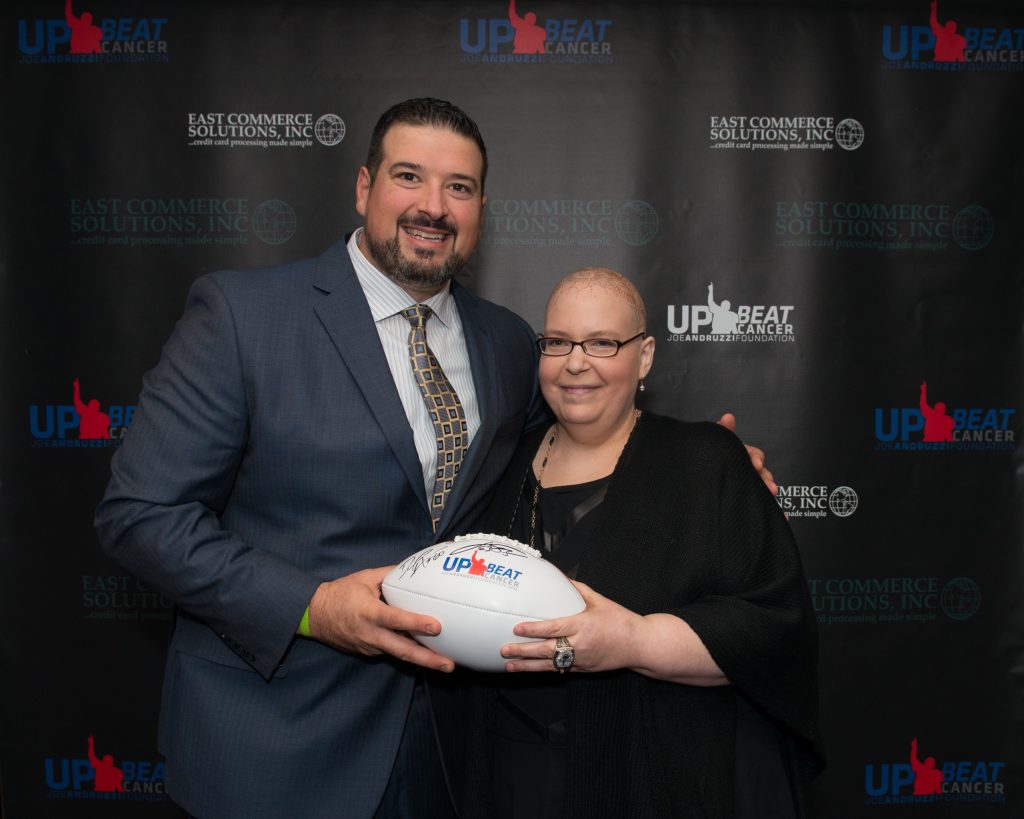 Joe and Brenda at the 2016 Gratitude Gala 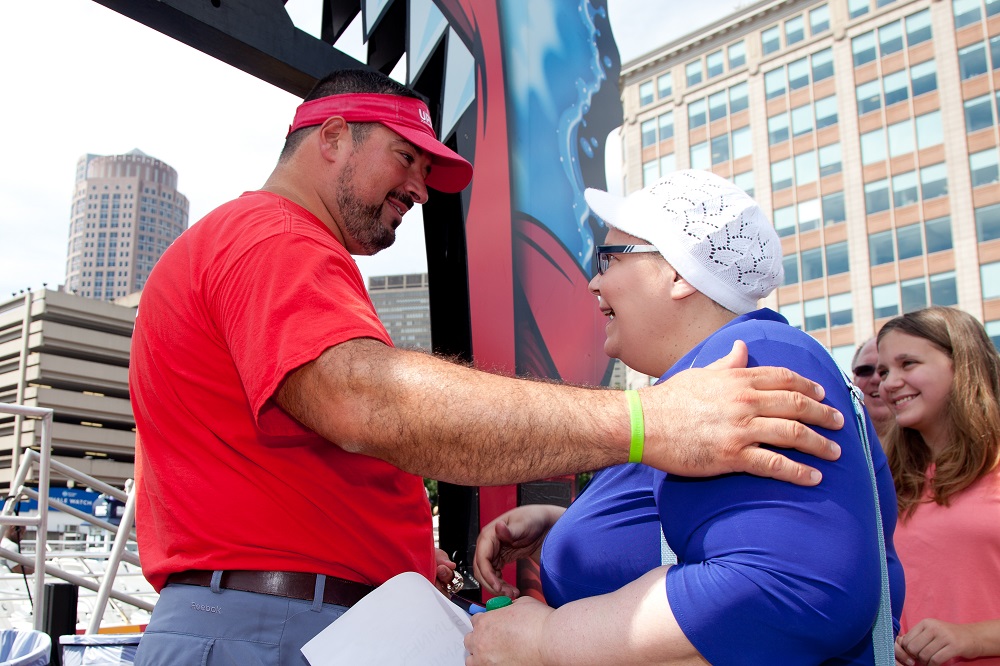