“Financially, things were terrible,” Carole's daughter Alyssa remembers. “We were so thankful for the help of the Joe Andruzzi Foundation. We really needed it.”

Carole Ferland passed away in July of 2018.

Her story may have a sad ending, but it’s also an uplifting story of love, dedication, and caring between a mother and her daughter.

This is Carole’s story, as told by her daughter, Alyssa, who was with her through it all.

At age 62, Carole retired from her job with the IRS and immediately went to work.  There was a long list of projects around the house that had been on her to-do list forever, and she finally had time to get to it. Alyssa, also living at the house, was working night shifts as a nursing assistant and attending nursing school.

Animals were a big part of the Ferland household. They had three dogs – Penny, Zsa Zsa, and Ozzie Gronkowski. Carole had also built a small house for the stray cats that lived in the area. She’d put out food and water for them every day. Then there were the chickens.

“She always wanted chickens, and she finally got them,” her daughter Alyssa says. We had four, and she even built a chicken coop that she decorated for them at Christmastime. She was crazy about those chickens.”

There was also the camper on Sebago Lake in Maine. Carole loved that camper and would go up there all the time.

Carole clearly was not your “generic” Mom, and Alyssa loved her all the more for it.

One morning, Alyssa was woken up by the dogs. They were barking loudly and jumping on her bed, which was unusual for them. When Alyssa stepped out of her bedroom, she saw blood on the floor. Her mother somehow made it to her bed after having fallen due to a seizure. She was confused and could not speak coherently. Alyssa called 911 immediately.

In the trauma unit at Lawrence General Hospital in Lawrence, Mass., MRI and CT scans showed something in Carole’s brain. They didn’t know what it was; they just knew it had to be removed and biopsied. That was the only option, and that meant brain surgery.

Fortunately, Carole came through brain surgery well, despite being in significant pain for a time after. When she went for her follow up appointment, things took a daunting turn for the worse. Doctors told Carole she had a glioblastoma, a fatal and aggressive brain tumor. She also was told it was Stage IV terminal cancer. It was that sudden.

“You can’t fix a glioblastoma, and you never recover from it,” Alyssa says. “You can only treat it the best you can. It’s a tumor that always comes back.”

At best, doctors told Carole she’d have a 50% chance of living for two years if she went immediately into treatment, which she did. Chemotherapy and radiation treatments started immediately – one treatment a day for 30 days. Alyssa drove her mother to the hospital and back every day for treatment, requiring her to take a leave of absence from work.

During this time, Carole had more seizures which kept Alyssa on edge. She was never sure when she could leave her mother alone and get to work. The only option left was to quit her job and become her mother’s sole caregiver. It was a tough decision to make in terms of finances, but Alyssa was happy to take care of her mom.

Life became the back and forth to appointments and trying to make ends meet. Alyssa stayed in school, so there was heavy coursework as well demanding her attention.

“There were a lot of co-pays, a lot of other bills, and Mom hadn’t turned 65 yet, so she didn’t qualify for Medicare,” Alyssa explains. “It got tough.”

When they started falling behind, Alyssa began using credit cards to pay off the mounting bills. Not ideal, she acknowledges, but it was the only option.

“You have to show you need financial help, which we did,” she says, “and when they gave us the grant it really helped a lot.” She used the money from the Foundation to pay her car insurance bill, because without that insurance she couldn’t drive her mother to all her appointments.

“Financially things were terrible,” she says, “we were so thankful for the help of the Joe Andruzzi Foundation. We really needed it.”

For Carole, quality of life went downhill quickly. She developed weakness on her right side and gradually stopped working on her projects around the house. Days were spent watching her favorite TV shows and just sitting around the house.

But Alyssa was determined to get her mother up and doing a few of the things she always loved. It wasn’t easy, but she planned a trip to the camper in Maine. “I actually pulled that off,” she says with a laugh, “and it was great for Mom. I was so happy to see her up there again.”

Alyssa also got Carole to go out for lunch, something she always used to do – but she didn’t like the way people looked at her as she became more physically challenged. “I found this sushi place, and my Mom loved sushi,” Alyssa says. “It was really the only place no one even bothered to look at her, and she loved it. It wasn’t easy for her to eat without assistance, but she enjoyed it there because everyone just accepted her for what was going on. I’ll always be grateful to the people at that restaurant for that. It made her so happy.”

Eventually, Carole’s mobility deteriorated to the point that she could barely put weight on her feet. Then, after another seizure and infection put Carole in the hospital, doctors told Alyssa that the cancer was growing. A scan showed a fist-sized tumor in Carole’s brain. There was nothing more that could be done.

After the conversation with doctors, Alyssa asked to be alone with her mother. She had to find a way to explain to her that she was not going to live much longer.  It was the most challenging moment in both of their lives.

Alyssa brought her mother home and with the help of hospice nurses and nursing assistants, took care of her there. For about two-weeks, nurses would come over to help. It was like this until the very end.

Carole Ferland passed away on July 27, 2018, with Alyssa and their three dogs by her side.

Today, as of this writing, Carole’s legacy lives on. The camper is still there in Maine and gets plenty of use. The dogs are happy, and the chicken coop still thrives. “I still have a lot of her stuff here,” Alyssa says, who now has her nursing degree and is a full-time nurse.

“I’m still sad, and I still miss her, but with the dogs, chickens, and stray cats, it still feels like she’s around here somewhere. That makes me happy.” 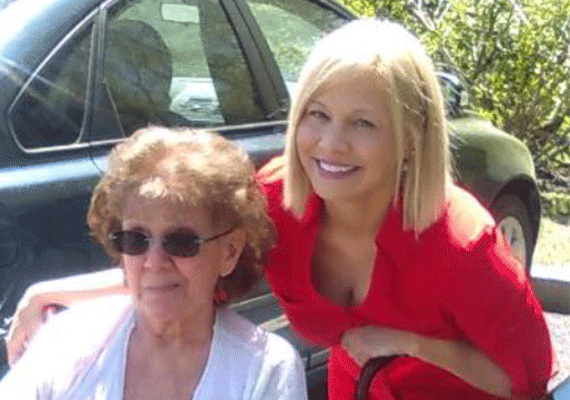 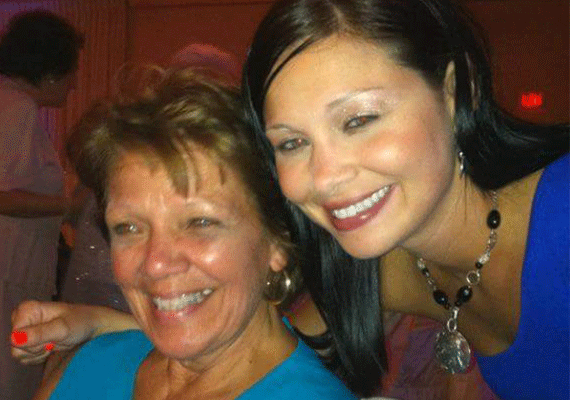