“I’m still on part-time medical leave and finances are tight, but I still signed up to do a small monthly donation to the Foundation through the Bridge Builder program.”

Julie Ann is a hardworking woman from Maine who has strong family ties and has always made giving back a priority.  She is active in volunteering with her church community and has even gone on mission trips to Guatemala.  One of her favorite pastimes is going to Patriots games at Gillette Stadium with her father, Stew.

Julie Ann also suffers from chronic pain due to an accident that occurred over a decade ago.  Additionally, she has Scleroderma, which is a rare autoimmune disease.  As if those two things were not already hard enough, in April of 2018 she was diagnosed with breast cancer.  Her preexisting health issues were still there, and now she had to navigate a new life-threatening diagnosis as well.

Due to her autoimmune disease Julie Ann’s treatment options were limited.  She was unable to have a lumpectomy and radiation, which might have had a quicker recovery time.  Instead, she had a bilateral mastectomy followed by reconstruction, and finally chemotherapy.  This treatment plan resulted in long hospital stays and intense fatigue.

Julie Ann was used to working through pain, as she had done so for the last ten years while working as a Dean at a college in Maine.  However, breast cancer became her new “full-time job”.  Julie Ann quickly realized she would not be able to power through as she normally would.  Between hospital stays and appointments, she was forced to take a medical leave from work.

After recovering from her mastectomy Julie Ann tried to get back to her job, and she hoped to work though her chemotherapy treatments.  Throughout this time Julie Ann tried to go back to work on three separate occasions, but the side effects and unexpected obstacles made it impossible to return to a normal working schedule.  Her oncologist gave her strict orders to rest and again take a medical leave from work.

Financial concerns started to creep in.  Julie Ann had healthcare coverage, however the mounting copays and deductibles were still a huge cost.  Julie Ann suddenly had far higher expenses, but her income went down to 60% of her usual rate when she started receiving short-term disability.

“I am a hard worker and thought I could ‘power’ through and get back to ‘normal’.  Well, cancer had other plans.”

Julie Ann’s social worker provided her with information on some resources that could provide financial assistance.  Initially, Julie Ann was reluctant.  She thought there were others who needed the assistance more, but her social worker advocated on her behalf and explained how cancer causes financial strains for those of all socioeconomic backgrounds; it is something no one is immune to.  After doing some research she decided to apply to the Joe Andruzzi Foundation.

“I did receive a grant and it helped pay several household bills so I could stay current with my medical bills.”

Julie Ann’s ties to JAF grew even stronger when she attended the annual Joe Andruzzi Foundation Gala.  Julie Ann traveled to Gillette Stadium for the event, along with her father Stew.  Although it was not for their typical routine of going for a Patriots game, Julie Ann was able to once again enjoy spending time with her father at one of their favorite places.  Throughout the night Julie Ann met Jen and Joe Andruzzi in person, and even got to sit with Red Sox legend and cancer survivor Jerry Remy.

Considering the rough treatment course Julie Ann had, it would be easy for her to be bitter.  Instead, Julie Ann is remaining upbeat, and paying it forward to the Joe Andruzzi Foundation in a profound way.

“I’m still on part-time medical leave and finances are tight, but I still signed up to do a small monthly donation to the Foundation through the Bridge Builder program.”

JAF Bridge Builder’s partake in a monthly giving program, to bridge the gap for cancer patients who are in-between paychecks.  This sustainable giving program helps fund financial assistance grants to New England cancer patients, so they can focus on their treatment and getting better rather than how they will keep the lights on in their homes or a roof over their head.  Julie Ann understands better than most the importance of these grants and is using her experience to better the lives of future JAF recipients like herself.

Another avenue in which Julie Ann is giving back to JAF is by being part of the 2020 Boston Marathon runner inspiration team.  Julie Ann is matched with JAF marathon team runners to give them inspiration and encouragement, as well as speak directly to JAF runners about how their fundraising dollars make a major impact.

“Being around the marathon team and seeing people who are so passionate, it gives me such a sense of community and is so inspiring.”

Although Julie Ann was supposed to be the one providing inspiration, the JAF Boston Marathon team ended up inspiring her as well. She is hoping to train for a 5k in 2020.

Another thing Julie Ann is looking forward to this year is developing her writing through her personal blog, as well as a novel she has inspiration for.  Most importantly, Julie Ann is concentrated on getting back to focusing on the fun in life and using her voice to continue helping others in any way she can. 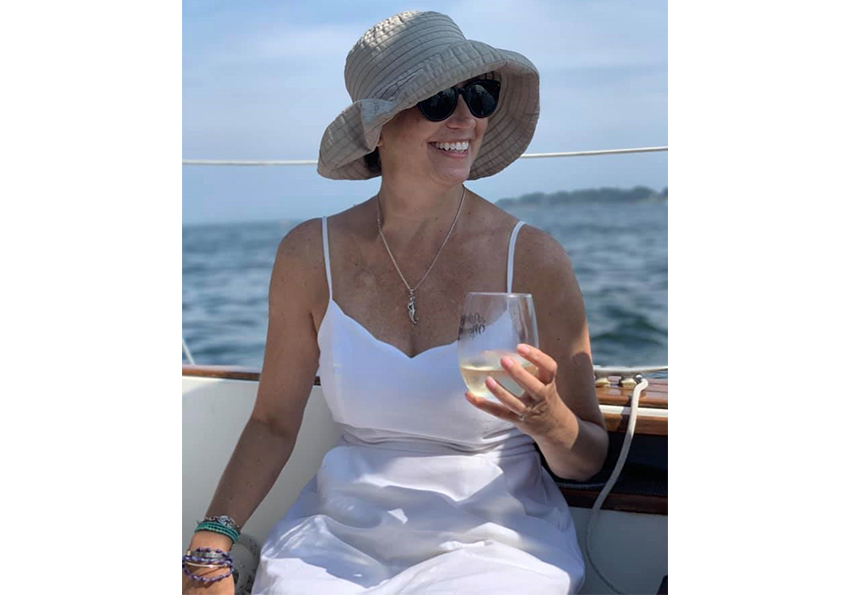 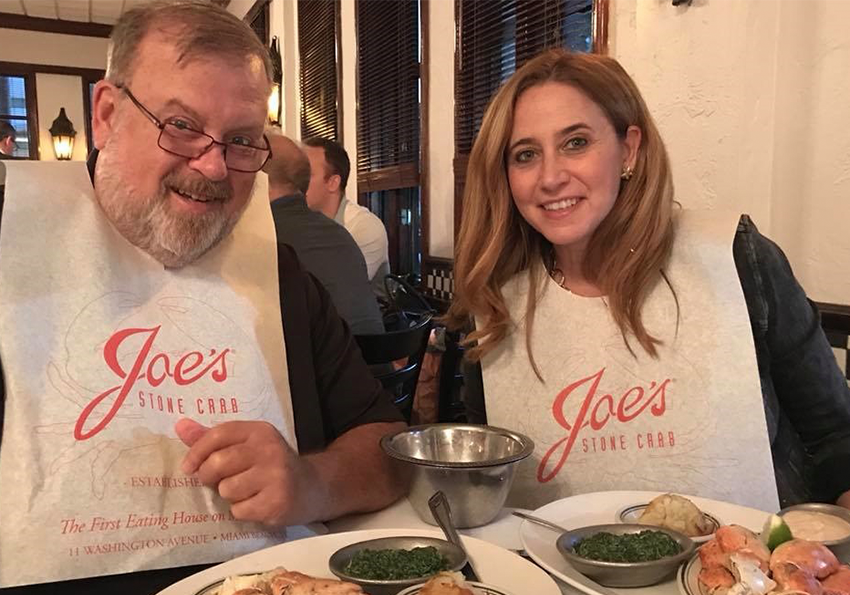 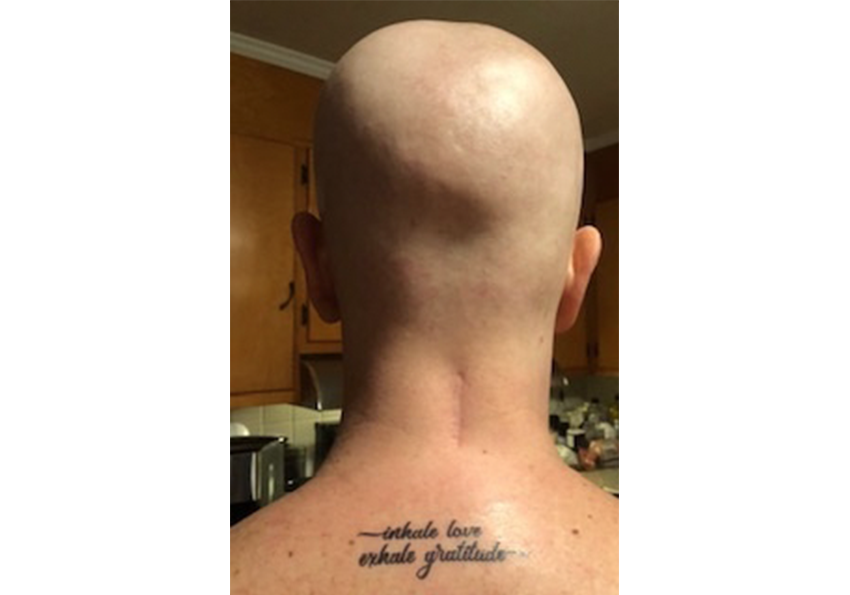 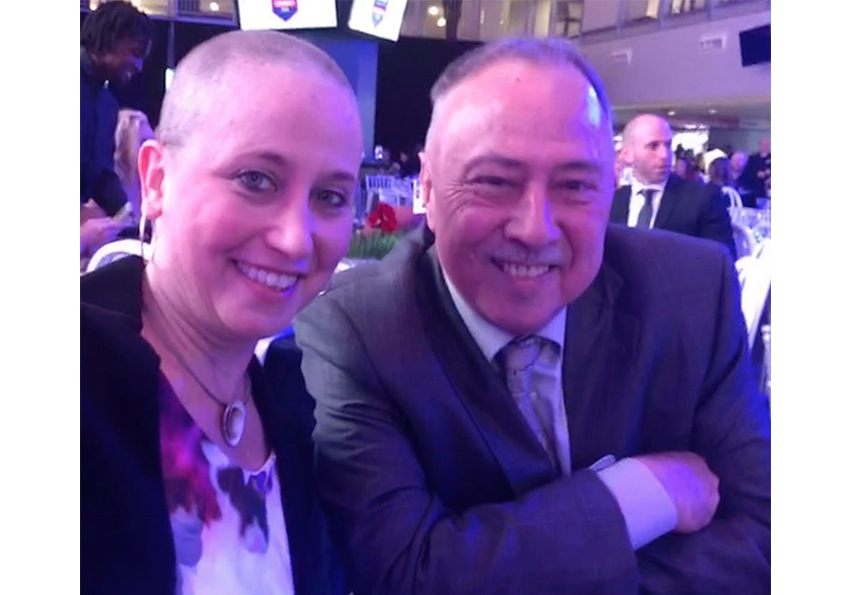 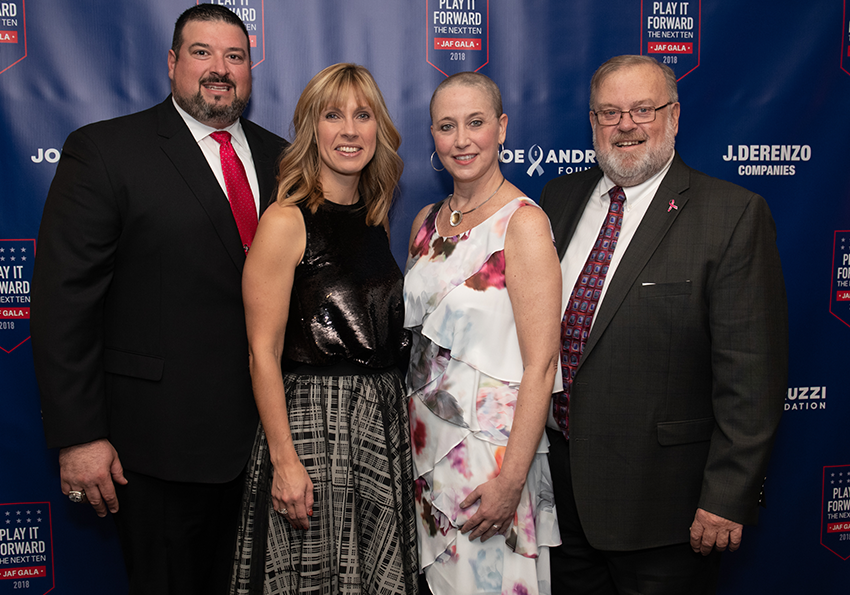 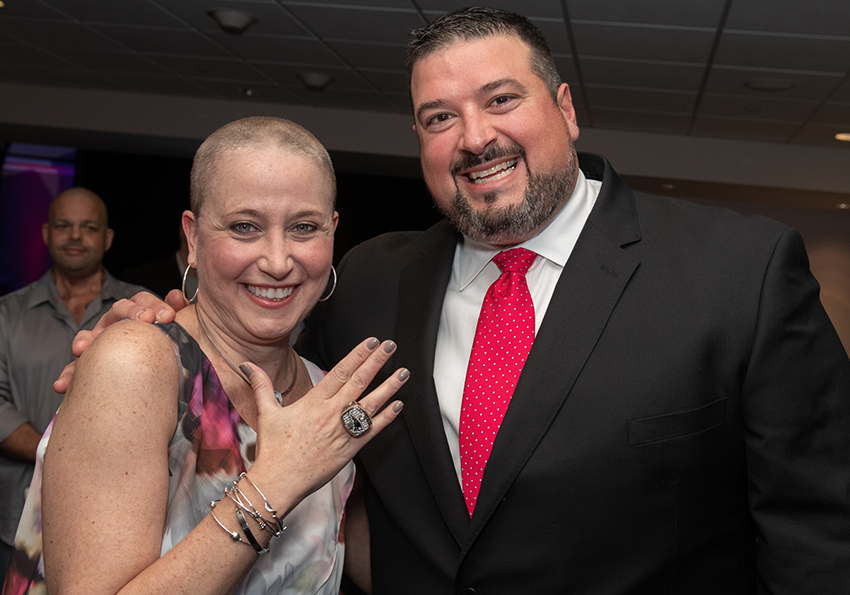