The early retirement kept me afloat for the part of seven months, but it took me a while to get Social Security, and Social Security doesn’t pay much. The Joe Andruzzi Foundation paid a car payment for me and got me $150 worth of groceries. That was a huge help.

Ever since Brent was in high school, he’s loved weightlifting. In 2020, a year before turning 60, Brent weighed 170 pounds, but could bench press an impressive 335 pounds – almost double his body weight.

“From the first day I started lifting weights when I was 16 … and now I’m 60, I’ve always loved it,” the Bangor, Maine native says. “I’ve always been able to push a lot of weight.”

Brent had a goal of bench pressing 350 pounds on his 60th birthday, but unfortunately, he had to put that on hold.

In December 2020 – after experiencing intense leg pain which was originally diagnosed as deep vein thrombosis – Brent was diagnosed with a sarcoma tumor attached to his pelvis.

“The pain was so excruciating where at night it got to the point where I couldn’t even sleep,” he said.

The diagnosis upended Brent’s life. The chemotherapy and radiation treatments he received at Cancer Care of Maine shrunk the tumor and alleviated some of his pain, but the treatments also forced him to retire early, which affected his income. Brent was the manager of an entertainment complex before his diagnosis. He worked 45-50 hours a week and worked out at the gym another 15 hours per week. January 2, 2021 was his last day of work. Almost in an instant, he was unable to perform his daily routine that was vital to his wellbeing for so long. He underwent a six-week chemotherapy regimen which featured three eight-hour treatments per week.

“It’s been hard. I was the first person hired on my job 21 years ago and I pretty much ran the place until I left, and then they had to hire people to do my job. That’s hard to sit by and watch,” Brent said.

Brent’s early retirement package gave him some financial cushion, but the cancer treatment caused him to struggle to pay his bills, and eventually, his retirement package ran out. He hopes to return to work when he completes treatment, but in the interim, it became difficult for him to pay household bills. That’s when Brent’s patient advocate at Cancer Care of Maine directed him to apply for two Joe Andruzzi Foundation programs – the Financial Assistance Program, and the Food Security Program, presented by ROI Communications. In the fall of 2021, Brent received grants from both programs.

“The early retirement kept me afloat for the part of seven months, but it took me a while to get Social Security, and Social Security doesn’t pay much. The Joe Andruzzi Foundation paid a car payment for me and got me $150 worth of groceries. That was a huge help.”

Brent hasn’t been able to return to the gym since his treatment began, and he’s lost quite a bit of weight due to chemotherapy – he’s down to 145 pounds. But he and his doctors are hoping he can have surgery in December of 2021 or January 2022 to remove the rest of the tumor.

“They’re hoping that the chemo and the radiation has shrunk the tumor down to a point where they can take it out and I can get back to living a normal life,” Brent said.

Brent is always used to being on the move, whether it be at home or at the gym. He doesn’t let cancer push him down. He presses on.

“I’ve got goals that I want to attain,” he says.

What’s one of those goals? Yup, you guessed it. Benching 350. 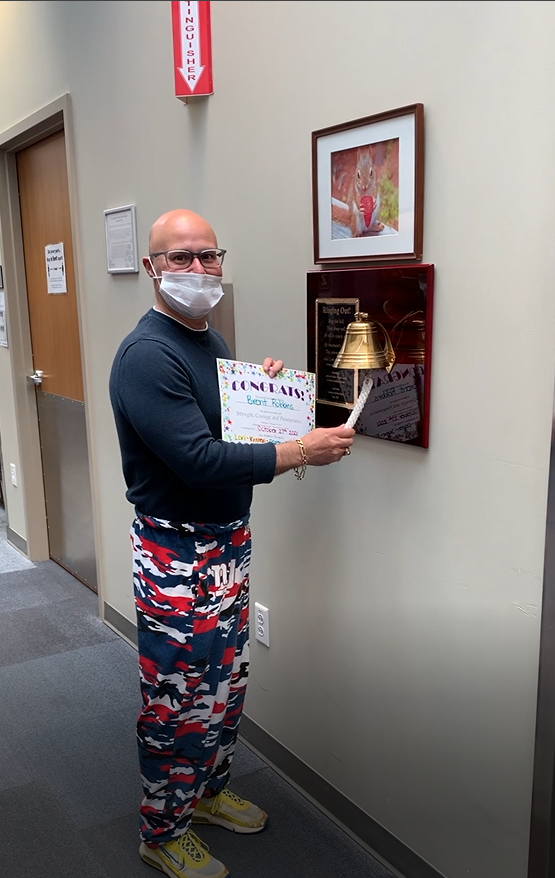 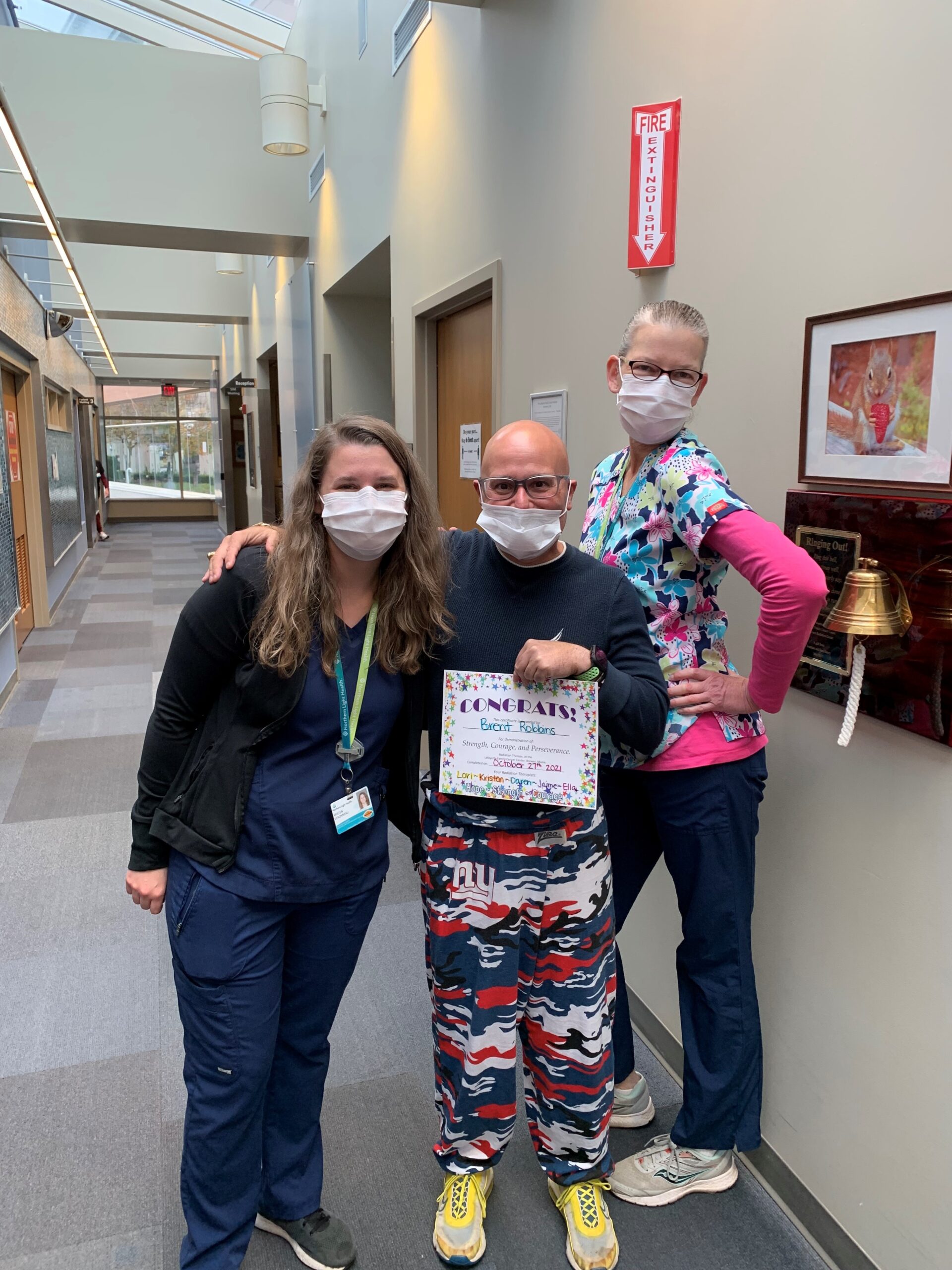