I will do whatever it takes. My goal is to see my son graduate from high school.

It’s a Sunday afternoon and Laura Spedaliere is bursting with stories from her weekend at the Betty J. Borry breast cancer retreat in Bretton Woods, New Hampshire.

She met 20 new friends. She’s helping with fundraising for the nonprofit. And she went snow shoeing for the first time ever (and loved it). Because this 46-year-old Saugus mother draws strength from connecting with other cancer survivors.

She didn’t always feel this way.

When first invited to join the Hope and Friendship Group for Stage 4 breast cancer patients through Dana Farber, Laura resisted. Her mom convinced her to try. “I thought, we’re all connected because we have a terminal illness…how depressing is this going to be? But it wasn’t.”

Her support group shares stories and inspires each other. It also sends messages to encourage one another, much like the “Letters for Laura” her sister organized through Facebook. Laura received cards from all over the country during a “sad time.”

Now, she’s is planning to attend conferences, meetings and, hopefully, more retreats. Scholarships and grants – like the one from JAF – allow her to participate and help pay the bills. “Every little bit helps, when you go from a two-income family to making just a little bit,” she said.

Laura was making a good income in Florida in 2013 when she learned she had cancer. Originally from Massachusetts, she’d followed her mother south and had lived there for 17 years.

Her cancer journey began when she noticed one of her nipples deteriorating. But her mammogram and ultrasounds were clean; even her original biopsy came back clean. But her primary care doctor, Dr. Sheeba Mesghali, kept pushing and a second biopsy showed Stage 4 cancer in her breast and lymph nodes.

“My doctor saved my life,” Laura said. “She is amazing and persistent.”

She had a double mastectomy, followed by chemotherapy and radiation. And through it all, she kept working up to 70 hours per week. An operations manager at a restoration company, she had wonderful bosses who often allowed her to work from home.

But Laura’s cancer was stubborn. She ended up having 13 surgeries, to remove nodes, replace her port, reconstruct her breasts and deal with infections. “If something could go wrong, it did,” she said. “I went through two years of craziness.”

She and her husband had to pay more than $50,000 in co-pays and insurance costs. The Joe Andruzzi Foundation helped in a time of need as well, providing financial assistance for a monthly rent bill.

In 2015, she was cleared. But a year later, she experienced back and side pain and underwent numerous scans. Again, her primary care doctor was persistent when initial tests came back clean. More tests were ordered. Her cancer was back. This time, she had lesions in multiple areas in her bones, organs and brain.

“My oncologist said you have a year or two to live,” she remembered. “But I’m the kind of person who hears that and says, ‘Screw you!’”

On advice from her radiologist, Laura and her family decided to move back to Boston for care at Dana Farber, joining her large family in New England.

She underwent initial brain radiation in Florida, so she could attend her daughter’s high school graduation in the summer of 2016. Then she came north, with her mother, stepfather, daughter Samantha and son Lucas, then 7. Her husband Rich followed later that summer, after finishing a work contract.

She’s now undergone radiation twice and may complete another round. The lesions in her bones and organs have disappeared, but lesions in her brain remain. “They have diminished in activity,” she said. “But one may be growing.”

She’s been on a chemo trial for about a year, taking multiple pills every day. “The care that I’ve received at Dana Farber is unbelievable.”

For Laura, living with Stage 4 cancer is all about surviving and feeling as good as she can, every day. She participates in the Livestrong program at the YMCA and has lost 43 pounds in the past six months.

“I’m addicted to working out,” she said. “And I would love to get snow shoes next year.”

Her intense love for her family pushes her. “I will do whatever it takes. My goal is to see my son graduate from high school,” she said. “He has the sweetest soul, the biggest heart. He likes to cuddle. He’s my medicine.”

“I could lose all my body parts, as long as I could be there for my kids. When I have the two of them beside me, it couldn’t get better.”

Her faith also motivates her. She wants to inspire others with her strength and story.

“I believe I’m going through all this so that God can make me the strong one, so I can tell other people,” she said. “I want them to search for help and find me.” 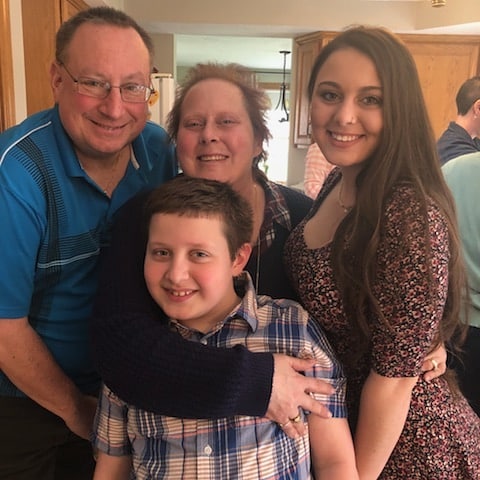 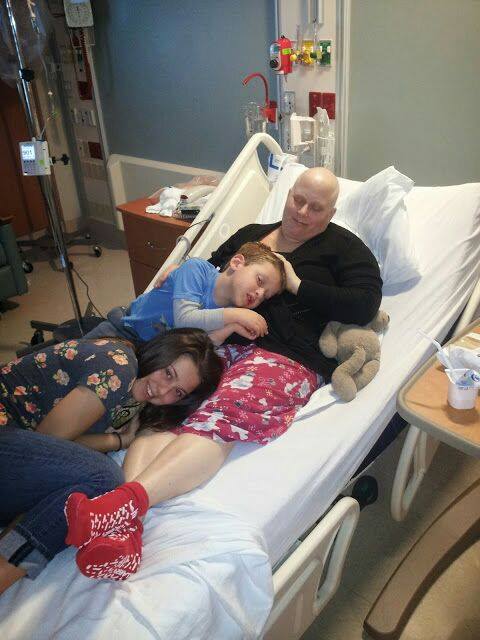 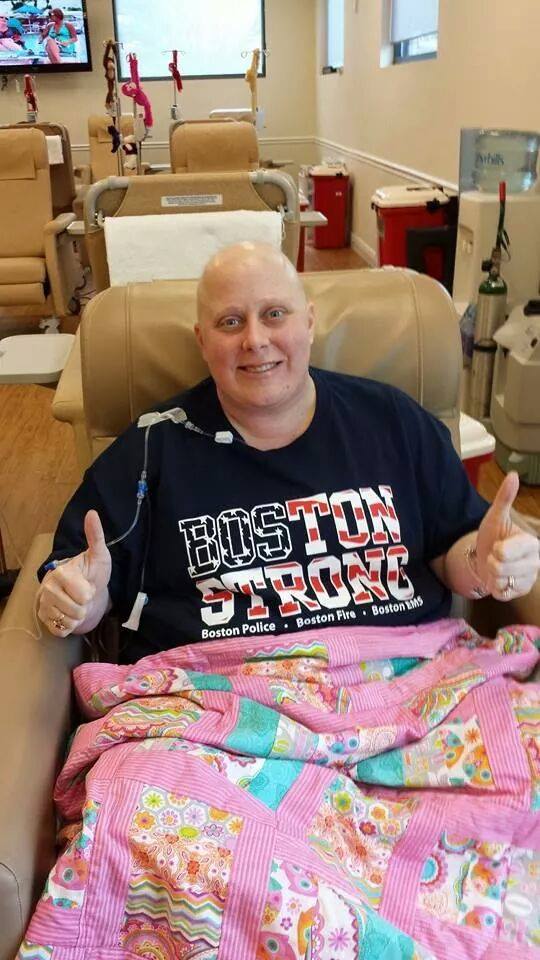