Life changes in an instant. You don’t know what’s going to happen next, so go enjoy your life.

Advocate for yourself. And live a happy life.

These are the lessons Tanya Sexton has taken from her cancer journey, which began with an upsetting misdiagnosis.

The 37-year-old Plympton, Mass., mother of four knew something was wrong when she sought her regular breast in March of 2016. She knew the symptoms; her mother had passed from breast cancer, and her sister had survived it.

But Tanya’s mammogram tested normal, so she accepted the results, though she was skeptical.

Looking back, she said, “I’m mad at myself for not insisting on a biopsy. But everybody wants to hear they’re OK, especially when you have small children. Who wants to deal with that?”

In July, she sought a second opinion at Mass General Hospital and connected (through a friend) with surgical oncologist Dr. Michelle Specht. In August, she had another mammogram.

“All kinds of spots lit up,” she remembered. By October, she was undergoing a double mastectomy, followed by chemotherapy and radiation. Now, she continues to take Tamoxifen, to keep the cancer at bay.

She’s learned to seek second opinions, she said. “You really have to push and be your own advocate.”

Before her chemo, Tanya also had her eggs harvested, so she and Keith can have another baby. “I still want one more,” she said, laughing.

Tanya’s illness put an understandable financial strain on her family; she is a stay-at-home mom and Keith is a police detective in Barnstable. Like many police officers, he works overtime to make ends meet. But during Tanya’s treatment, he often took time off to drive her to Boston.

Gas and parking costs also added up, and the Joe Andruzzi Foundation grant helped. It felt strange to accept assistance, but it was much-needed, Tanya said.

The family also attended JAF’s Codzilla event this past August, meeting Joe and Jen Andruzzi. “It was really nice that they reached out to us,” she said. “They were so fun and down-to-earth. The kids had a blast.”

Tanya and Keith have chosen not to tell their kids – Aiden, 10, Koen, 9, Addie, 8, and Ella, 4 – that she had cancer. “They associate it with my mom, and her passing away,” she said. “We told them mommy had a boo-boo, and we had to take the boo boo out, and make sure it doesn’t come back.”

She knows as her kids mature, they’ll ask more questions and she’ll share more. “I’m not saying it’s the right way, but it worked for our household.”

Tanya is grateful to her friends, in-laws, and sister, who’ve been so supportive. “I was never alone at treatment,” she said. “And my husband has been my rock. He’s my best friend.”

She’s also grateful for the stress-alleviating effects of exercise, for being an “active person.”

Even during chemo, she walked every day and lifted weights several times per week. “In my mind, it was to get the poison out!” she said.

A runner, she’s now back to training five to six miles per day. On Halloween, she ran ten miles.

She plans to run a half marathon with friends in Myrtle Beach, South Carolina, in March. And she’d love to run with the JAF team in the Falmouth Road Race.

“I’m trying to move on and make peace it with it all,” she said. “Life is good; I’m healthy, I’m out running.”

“Life changes in an instant… you don’t know what’s going to happen next,” she said. “So, go enjoy your life. What are you waiting for?” 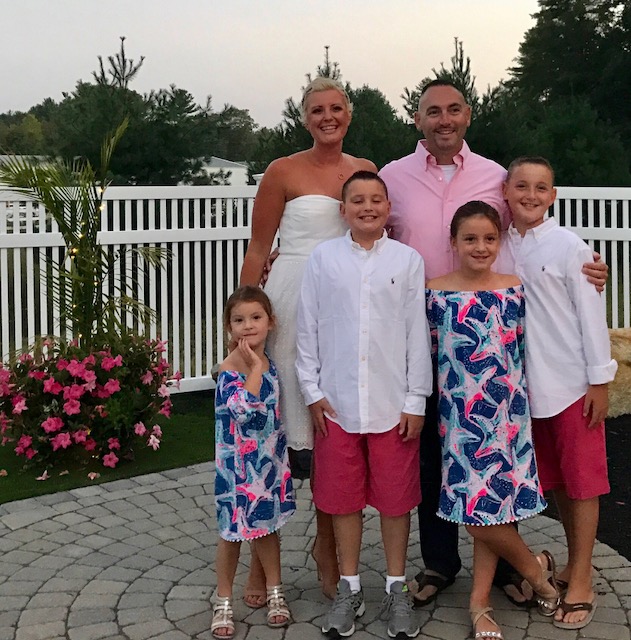