“Nobody has a budget line item for cancer. No one saves money for extra parking, getting takeout because you’re too exhausted, staying in hotels to be near the hospital, or even gas. It adds up fast and the bills don’t stop.”

Robyn Stewart has had cancer three times, but she’s never had a symptom. Not a single one. Oddly enough, there’s a reasonable explanation for this, and it just may be the thing that is saving her life.

When Robyn was thirty years old, she was diagnosed with Cowden Syndrome, a rare disorder characterized by multiple tumor-like growths that are primarily non-cancerous. However, those diagnosed with this condition are also at a greater risk for many cancers. For Robyn, that meant starting a regimen of getting more frequent routine medical check-ups than the average person as a way to stay ahead of any possible issues.

For the first four years after her diagnosis, she did just that, and kept regular doctor visits to keep ahead of things. In 2008, during a mammogram, she was told she had breast cancer. She had no symptoms. There was no detectable lump she could’ve found had she done a self-exam. Her cancer was characterized as Stage 0, which is earlier than early. She says at the time she thought, “I guess that’s the good kind of cancer,” as if any cancer can ever be “a good kind of cancer.”

Her frequent check-ups helped discover the breast cancer, and treatment included multiple surgeries and radiation. But since her more frequent check-ups meant it was caught so early, treatment was limited to surgeries to ensure clear margins and daily radiation for just five weeks. When it was done, and she was declared cancer-free, that was it.

Life moved on, as did the routine check-ups.

Robyn quickly got back to regular day-to-day life, which included her husband, Bruce, and their daughters, Autumn and Joely, who were both 3 and 2 at the time. For the next seven years, all was well.

Then in 2015, another routine check-up revealed she had breast cancer, again – now in her other breast. Once again, no symptoms. She was feeling good, and once again, even if she had done a self-exam, she would never have felt anything. This time her diagnosis was Stage 2 Breast Cancer. Doctors found what they called a “teeny tiny” tumor that had started to move into the lymphatic system, which made things more serious. This time treatment required a double mastectomy, chemotherapy, and radiation.

But had Robyn not been diligent about the more frequent check-ups that Cowden Syndrome required, this cancer wouldn’t have been found as early as it was, nor would it have been as treatable as it was. Even though the treatment this time would be a bit harsher, and included losing her hair, by the end of 2016 all the treatment was done and she was once again declared cancer-free.
Life moved on, as did the routine check-ups.

Robyn says, “I started to exercise. I hiked a lot. I did water aerobics with a bunch of senior citizens, and I loved it.” She was doing better, feeling good physically and mentally started to get back into her groove.

Then in November of 2018, another set of check-ups with an unwanted outcome. Once again, no symptoms or signs of anything wrong. But after this routine check-up, her doctor told her she needed a biopsy, which happily came back as negative. Or so she thought.

On December 24, Christmas Eve, the phone rang. It was Robyn’s nurse practitioner, who was about to leave for a two-week vacation. “She didn’t want me to see the test result in my online profile first, so she called me and told me I had blood cancer. Specifically, B-Cell Lymphoma.”

It was a crushing phone call. Robyn and her husband decided it was best to say nothing to anyone until the holidays were over and they had more information.

But yet again, her cancer was caught very early, and after the holiday, Robyn began yet another cancer treatment (which she is now through). She is once again declared cancer-free.

Dealing with cancer three times is already difficult enough, both physically and mentally, but it also took a financial toll.
“Nobody has a budget line item for cancer,” she says. “No one saves money for extra parking, always getting takeout because you’re too exhausted, staying in hotels to be near the hospital, or even gas. It adds up fast and the bills don’t stop coming in.”

This is where the Joe Andruzzi Foundation could be of help.

Robyn actually found the Joe Andruzzi Foundation in a selfless way. She would always bring her laptop to her treatment appointments, and on one day she spent time looking for charities that supported caregivers. Her husband was working a full-time job, being her full-time caregiver and doing most of the things around the house and for the kids.

When Robyn talked with her social worker, she was looking for ways to support her husband, but it’s also how she first learned about the Joe Andruzzi Foundation. With the help of her social worker, Robyn applied to “JAF” and received a grant to help with the mortgage.

“I never realized how all the little things would add up financially,” she says. “Things catch you by surprise. That’s why foundations like the Joe Andruzzi Foundation are so important. It’s pretty simple, really, we just didn’t have the money for cancer.”

After receiving her grant, Robyn decided she wanted to thank the people at the Foundation personally, so she called to do just that. What she got in response was an invitation to visit Davio’s Patriot Place location to make pasta with a private group that included New England Patriot Patrick Chung. Robyn took her mom. “We had a blast,” she says. “It was so much fun. Such a good group of people that I’m now Facebook friends with. Everyone just clicked.”

As of this writing, Robyn is cancer-free, and back working as a college finance educator. Her cancer journey has been an education in itself.

“The biggest thing for me was learning to lean on the kindness of strangers. I learned I was stronger than I thought I was.”

To make a donation to the Joe Andruzzi Foundation in support of patients like Robyn, please click here. 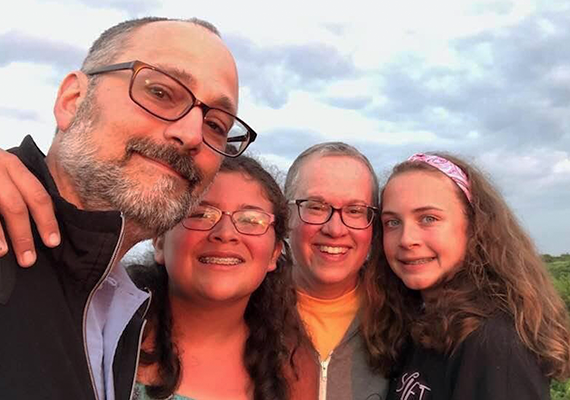 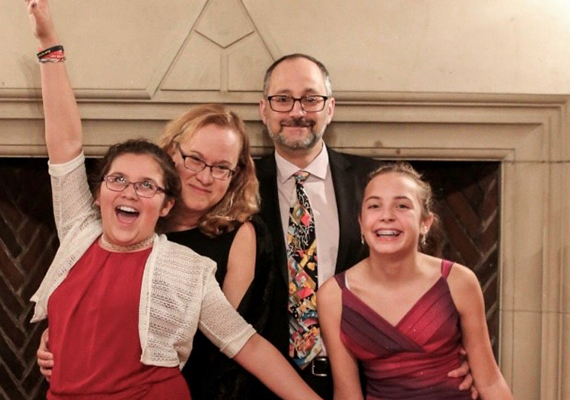 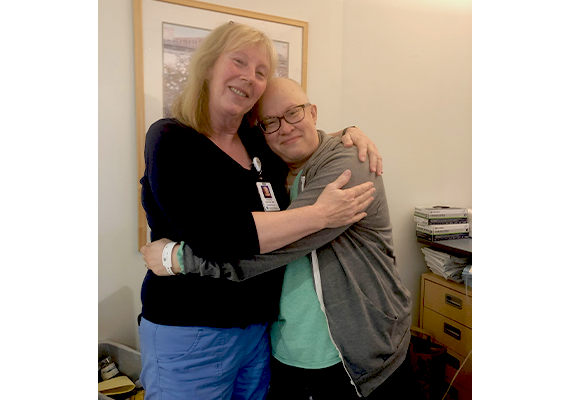