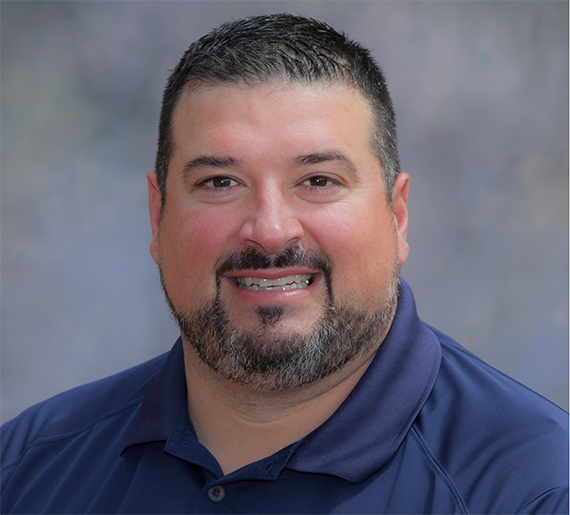 Born in Brooklyn, NY, and raised in Staten Island, Joe Andruzzi played football at Tottenville High School, where he was a Division II all American during his junior and senior years. He went on to play college football at Southern Connecticut State University in New Haven, Connecticut, where he majored in special education.

In 1997, Joe was picked up as an undrafted free agent by the Green Bay Packers, and in February 1998 he was allocated by the Packers to play football in Scotland for NFL Europe. He was released from the Packers after three seasons and picked up as an offensive guard by the New England Patriots in 2000, where he went on to play five seasons and earn three Super Bowl rings.

In 2001, Joe and his wife Jen met C.J. Buckley, a young man with an inoperable brain tumor. C.J. and his family became extended family members to the Andruzzis and his passing left a hole in their hearts. Always driven to help others in need, Joe helped launch the C.J. Buckley Pediatric Brain Cancer Research Fund at Boston Children’s Hospital. In recognition of his contributions, he received the Ed Block Courage Award in 2002 and the Ron Burton Community Service Award in 2003.

Joe’s philanthropy didn’t stop there. As a son of a retired New York City police officer and brother to three New York firefighters – who were all first responders during the September 11 attacks – he organized a trip for 100 NYFD firefighters to attend a Patriots vs. Jets game at Gillette Stadium in 2002. Joe, his father, and brothers were the honorary game captains.. In February 2005, Joe became a free agent and was signed by the Cleveland Browns, for whom he played two seasons. But on May 30, 2007, Joe was diagnosed with an aggressive form of non-Hodgkin’s Burkitt’s lymphoma, predicted to double in size within 24 hours. His playing career was over, and the entire Andruzzi family quickly relocated back to New England, where Joe underwent chemotherapy treatments at the Dana Farber Cancer Institute and Brigham and Women’s Hospital. Joe fought the disease with strength and passion, receiving his last treatment on August 6, 2007. Since then, Joe has remained cancer-free and lives a healthy life with Jen, their five children (including their youngest son, C.J., named after the late C.J. Buckley) and three dogs.

In 2008, Joe and Jen co-founded the Joe Andruzzi Foundation – a registered 501(C)(3) non-profit organization committed to providing help, hope, and a reason to smile, for New England cancer patients and their families by contributing financial support when it is needed most. Since its inception, the Foundation – also known as “JAF” – has granted nearly $8 million in financial assistance impacting 30,000 patients living with cancer and their families.  JAF has also donated $850,000+ over the past 10 years to the C.J. Buckley Pediatric Brain Cancer Research Fund that Joe and Jen established at Boston Children’s Hospital in 2003.  The Foundation serves patients in active treatment for any type of cancer, at any age throughout New England.

In 2014, Joe was the recipient of an honorary degree from Salem State University’s College of Arts and Sciences and School of Education for his commitment to helping cancer patients and families throughout the region.

In his spare time, Joe is a regular visitor of New England cancer patients at various hospitals and healthcare institutions across the region, often bringing former and current Patriots players along to brighten the days of patients undergoing treatment. Through patient outings and events, coupled with the Joe Andruzzi Foundation’s mission, Joe works to bring joy to patients and families, promoting the importance of an upbeat attitude and the power of remaining positive throughout treatment.

Get to Know Joe

What drives you each day at the Joe Andruzzi Foundation?

What motivates me every day is knowing that there are cancer patients out there – whether they just received a cancer diagnosis or are months into their treatment and swimming in debt – who need help, a lifeline, something to give them the hope and strength to keep fighting. Nobody should face cancer alone. I get up every day to make sure JAF has the partners and resources it needs to help lighten the load for patients.

What is your favorite thing about working for the Joe Andruzzi Foundation?

As I learned during my playing days, success is all about teamwork! Jen and I are so fortunate to have our own incredible team at the Foundation – from the Board to our committees to the staff – who help us fulfill our mission every day. We work hard together and share lots of laughs.  It’s great to be surrounded by passionate and talented teammates who are like family.

List a “fun fact” about yourself that others may be surprised to learn.

I love playing racquetball! On most days of the week, you can find me on a court in the morning with friends.