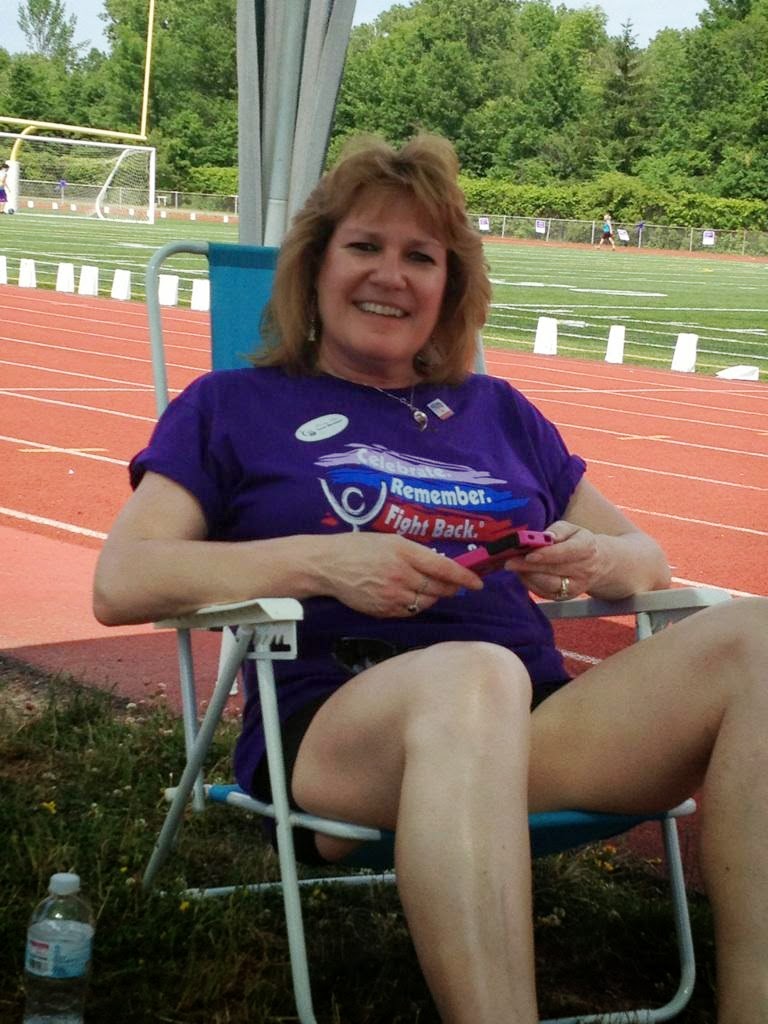 Laurie Beattie has already won one fight, and she doesn’t plan on losing her second – she truly embodies the Foundation’s #UpBeatCancer message.
“After a year of chemo, I am going to beat it again… I fought it once and won,” says the local breast cancer survivor who was diagnosed again this year. “I will win again this time.”
A mother of three, including a son who was diagnosed with testicular cancer and is now in remission, she was admittedly surprised to learn she would face another battle.
“I never could have expected this,” Laurie admits, but remains upbeat. “Life can be too short and you need to be smart. A friend of mine had never been tested and after all my testing and radiation, she finally went, and it turned out she had the same cancer as me!”
During Breast Cancer Awareness Month, Laurie strives to make sure that everyone does self-exams and gets regular mammograms.
“People go through periods where they don’t put themselves first,” she explains. “You absolutely have to see your primary care physician regularly. You just never know when something might happen to you.”
Laurie, a North Attleboro resident living a town away from the home of the New England Patriots, says the help from the Foundation has been an enormous benefit.
“They’ve helped with our mortgage which was a huge help,” she said. “You feel helpless at times because you’re sick but you can’t call the bank and say, ‘Sorry, I’m sick, I can’t make this payment.’ You’re fighting to save your life but reality is still staring you in the face.”
Joe and Jen have also made a great personal impact on Laurie and her family.
“They’re just so sweet and such nice people,” Laurie says of the Andruzzis. “Jen told me how hard and aggressive Joe’s cancer was and how grueling his stay in the hospital was. When my son, Joe, was diagnosed, Joe Andruzzi asked if he would help in getting the word out to people in his age group. People between 20 and 40 just don’t go to the doctor and my son was 20 when he was diagnosed.”
She also sees Joe as a great role model.
“Look how great he’s doing,” she says with enthusiasm. “You have to stay positive and have the outlook that you’re going to beat it.”
Secured By miniOrange