Any family battling cancer needs love and support, but they also need someone to help make sure they don’t lose their home or car. Yes, you fear death, but you also fear for the roof over your head, the lights coming on, and having a car to get to work.

Kelly Cassier has been a personal trainer, aerobics instructor and a dedicated member of the spinning community. She’s also had a big job in the mortgage department of a large Boston bank. But if you asked Kelly what she wanted to be when she grew up, she probably would’ve told you, “I was put on this earth to be a mother. It’s all I ever wanted to be.”

So when Kelly, her husband Jeff and their two young daughters – Charlee, age 4 and McKinlee, age 2 – had their first ever family trip to Disney World on the books, it was beyond exciting.

This was one of those moments she had lived for. They piled in to the car for the ride to the airport, full of excitement and anticipation, and that’s when Kelly saw she had a message on her cell phone. It was from her doctor, saying for Kelly to call her immediately. At that moment, on the way to the airport, seeing that message, Kelly knew life had changed. She was about to learn she had breast cancer.

The news was stunning, but they decided to continue with the trip. The girls enjoyed it, but it wasn’t at all the family trip she had hoped for. Worry, concern and uncertainty hung like a dark cloud over everything.

Kelly had been doing everything right. Breast cancer ran in her family, and, at the advice of her doctor, she had been getting routine mammograms every year for the last 11 years.

Getting the news that she had breast cancer was scary. She was shaken, but also heartened, as it appeared to be in the early stages of the disease and very curable. But her diagnosis escalated, and after returning from Disney World, she found herself in surgery for a double mastectomy, having made the decision to take the most aggressive course of action for recovery. Chemotherapy and radiation followed.

In what seemed like an instant, she had gone from a healthy mother of two on her way to Disney World to a cancer patient battling a very serious illness.

The treatment forced her to take a leave from her job. She went on disability, which provided 50% of her salary. Her husband Jeff, a union pipefitter, took a lot of time off work to care for her and take her to appointments. But the nature of Jeff’s job was that he was only paid for the time he worked. Even with the support of friends and family who helped with the kids and delivered ready-made meals, money got tight fast.

Friends repeatedly would tell Kelly that there were resources out there she could tap into, and suggested she talk to her social worker, which she did. That’s how she heard about the Joe Andruzzi Foundation.

Kelly says, “Any family battling cancer needs love and support, but they also need someone to help make sure they don’t lose their home or car. Yes, you fear death, but you also fear for the roof over your head, the lights coming on, and having a car to get to work.” Kelly’s social worker submitted a grant application to the Foundation, which ultimately paid a number of the Cassier’s outstanding bills that had been piling up.

“The people at the Joe Andruzzi Foundation were amazing. They got right back to me. Here we are struggling with so much, and these guys come out of nowhere to help, out of the goodness of their heart. It was such a relief in a time of great stress.”

As of early 2019, Kelly is still in the middle of figuring out exactly what her health situation is. She’s finished with chemo and radiation and is now on a program of a few different drugs. The side effects of these drugs include joint and muscle pain, but Kelly says it’s not that bad.

“I’ll do whatever the doctors tell me to do,” she says. Her focus now is her family and her two girls. “It hasn’t been all that easy for the girls, but it’s getting better. When I first got the diagnosis, I didn’t fear dying, all I could think of is who will take care of my kids? But as of today, bottom line, I plan on that being me.” 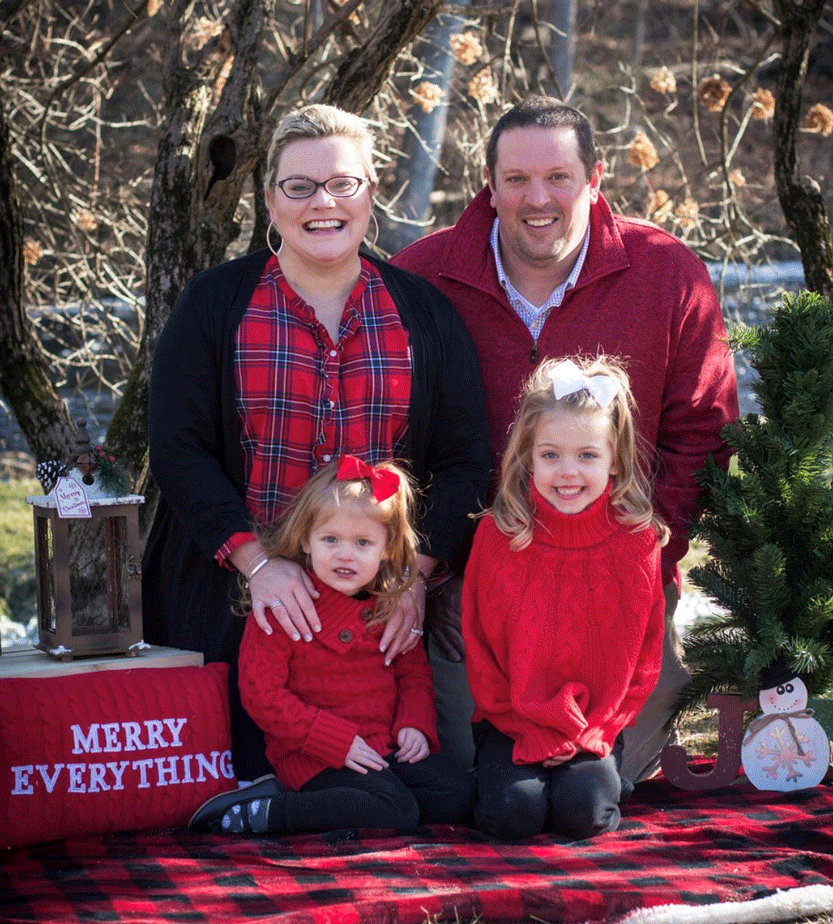