With so many other things to worry about, the Joe Andruzzi Foundation’s grant helped us relax about money a bit and focus on my health. It was a huge relief.

If there was ever a great example of perseverance in the face of adversity, this is it.

Linda Thyne is a doer by anyone’s definition. She held down a job as a Certified Occupational Therapy Assistant, putting in physically demanding 60-hour work weeks, while also working per diem jobs in the same capacity on the side on weekends. As the family breadwinner, that’s just what it took. But she loved her work, and she loved her life.

Linda’s husband Daniel, who was disabled in an accident before they met, was “Mr. Mom” as she calls it, and he loved doing it. They have two sons in college and one son at home who is also disabled.

Linda was also going to college online, working towards a business degree with a goal of building her own business. Life was challenging but fulfilling, and things were moving in the right direction.

But then a work-related back injury put her off the job. She had been trying to move a heavier patient one morning – as she reached across a wheelchair, she tried to lift and felt a pop in her back. She tried physical therapy for a time but ultimately needed to surgery to remove part of a damaged disc. But even though she did extensive physical therapy, she never regained her full strength, and as Linda says, “I graduated with my business degree 45 days after my back surgery. But I couldn’t use it because I couldn’t work”.

She applied for Social Security Disability, but it just wasn’t enough to make ends meet. So when Linda’s worker’s comp case was finally settled, she and her family made the difficult decision to move to a less expensive house in Ossipee, New Hampshire to conserve money.

It was an adjustment from life before, but they loved the new house. It was in a more natural setting, and the family settled into the new routine. Things were good.

Linda went to her doctor for a routine physical. She had been feeling tired all the time prior to that appointment, but beyond that, she felt pretty good, all things considered. But then her doctor performed an in-office test for checking blood in the stool, and it turned up positive. Linda was sent home with a kit to do the test three more times for clarification. Two of those three tests turned up positive again. Her blood test results also showed that Linda was extremely anemic, which explained her fatigue.

The doctor recommended she get a colonoscopy as soon as possible, but with Linda already being home on worker’s compensation, she had lost her health insurance. She couldn’t afford to go on COBRA, and she couldn’t afford a colonoscopy, so she didn’t go. Even when her doctor kept calling to urge her to do it, she resisted. When there’s no money, there’s no money. What else could she do?

Finally, after endless calls from her doctor, she relented and went. The colonoscopy revealed a large mass, which, when biopsied, turned out to be Stage III colon cancer.

“My doctor saved my life,” Linda says. “He never stopped calling me and badgering me to go. I wouldn’t be alive today if not for him.”

Surgery removed the mass along with 25 lymph nodes.

Follow up treatment, however, did not go to plan. A severe bladder infection put her back in the hospital, and when Linda finally started chemotherapy, she got severely ill. Ultimately, she was told she had a rare genetic mutation that didn’t allow her body to process the chemotherapy. Doctors reduced the chemical content by 50%, but even then, Linda could only get through seven of the 12 scheduled chemo sessions, and all seven were rough. Those treatments ended in October 2018, and as of Spring 2019, Linda was still dealing with the reactions.

Throughout all this, the financial stress of making the day-to-day ends meet grew exponentially. Linda feared she would have trouble providing food for her family and started applying for free care at every hospital in the area. That’s when her social worker told her about the Joe Andruzzi Foundation.

At first, Linda was hesitant – she was so fatigued and overwhelmed at that point that she didn’t feel she could deal with an application process. But, she says, “the process was very simple – more simple than I expected – and our grant came quickly.” The Andruzzi Foundation awarded Linda enough money to pay her mortgage for the month.

“It was a huge relief,” Linda says. “With so many other things to worry about, the Joe Andruzzi Foundation’s grant helped us relax about money a bit and focus on my health.”

As of this writing, Linda has her full social security disability coming in, but money is still tight. But she is grateful for the support she has had from family and friends through it all. And of course, her husband.

“He has been my rock. He’s been there through everything, and I’m not sure I could’ve done it without him,” she says.

Linda is slowly feeling better now, though her physical issues from her back problem persist. She needs additional surgeries to help with that. Also, Linda’s husband Dan was recently diagnosed with a slow-growing Non-Hodgkin’s B-Cell cancer.

If you ask Linda about how she handles all this she will tell you, “What else can I do? The way I see it, failure is just not an option.”

She says she tackles the medical issues one at a time now, is starting to feel better and trying to enjoy life a bit more. She also jokes that she and her husband go for “his and her” scans these days. Her sense of humor is still intact.

But life for the Thyne family in New Hampshire is good – it’s a quiet and peaceful area, and Linda likes to sit outside, listen to the birds and just take in what nature has to offer. She takes the dogs on short walks now and says that being out in nature is grounding.

“I’m trying to be positive, stay strong, and just do everything I can to kick this disease in the rear end.”

If anyone is tough enough to do just that, it’s Linda. 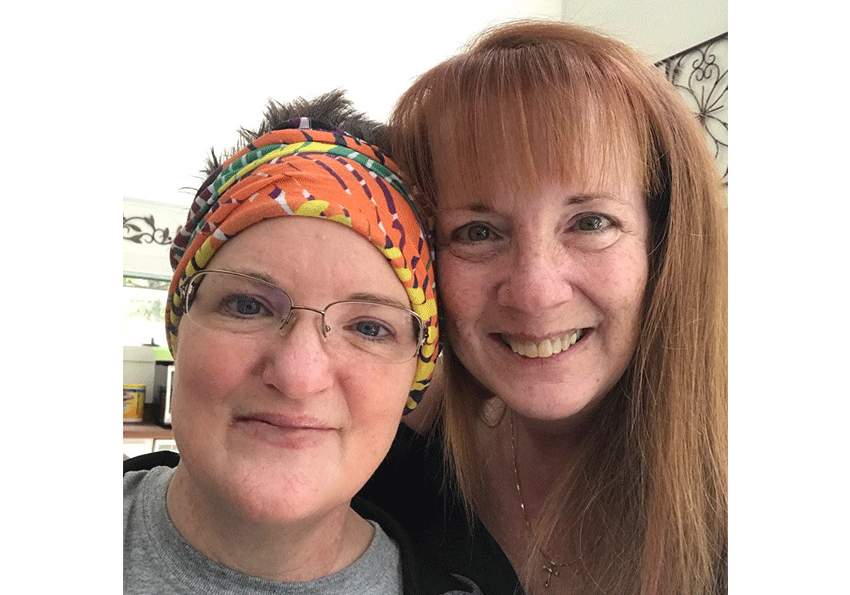 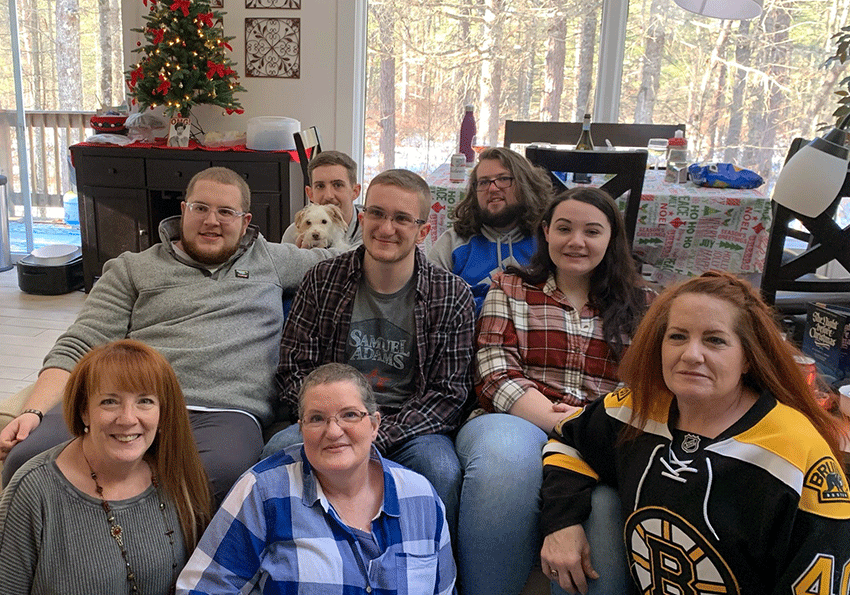 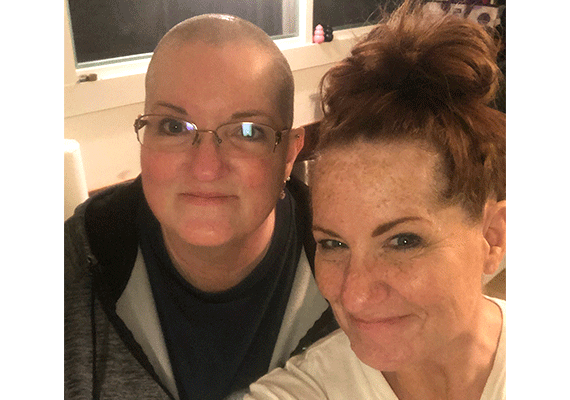